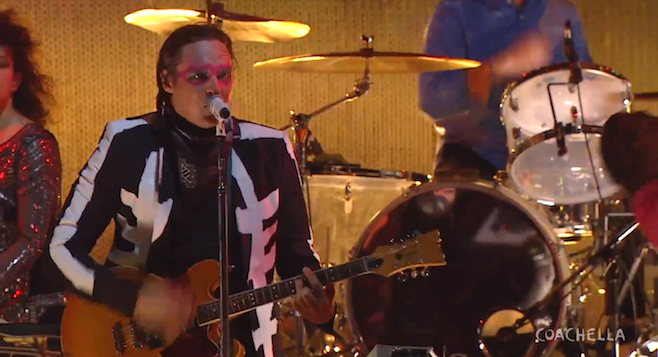 Arcade Fire closed out Coachella on Sunday night with a big set heavy on songs from their most recent album, Reflektor, as well as those from their previous three albums. And they even brought out a surprise guest to perform with them on a few songs: Blondie’s Debbie Harry, with whom the band actually covered “Heart of Glass.” Feel like you might have missed out on something big? Then fear not — the full set is available to stream right now. Watch the full Arcade Fire Coachella set below, and check out the band’s setlist from last night.