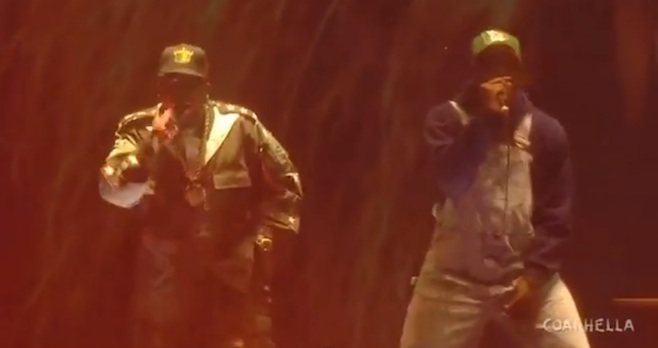 Last night, Andre 3000 and Big Boi appeared on stage for the first time in more than 12 years, closing out the first night of Coachella as its much-hyped headliners. They performed a wide array of tracks spanning from debut Southernplayalisticadillacmuzik up to a pretty hefty chunk from 2003’s The Love Below/Speakerboxxx. And, additionally, they brought a handful of guests onstage: Janelle Monáe, Future and Sleepy Brown. And they almost brought Killer Mike onstage, though they reportedly ran out of time. (Plus Andre 3000 said Prince was backstage, but he never made an appearance.)

The full set was streamed live on YouTube last night, and now you can watch the full Outkast Coachella set below.

Outkast’s ATLiens was featured in our list of 10 Essential Georgia Albums.