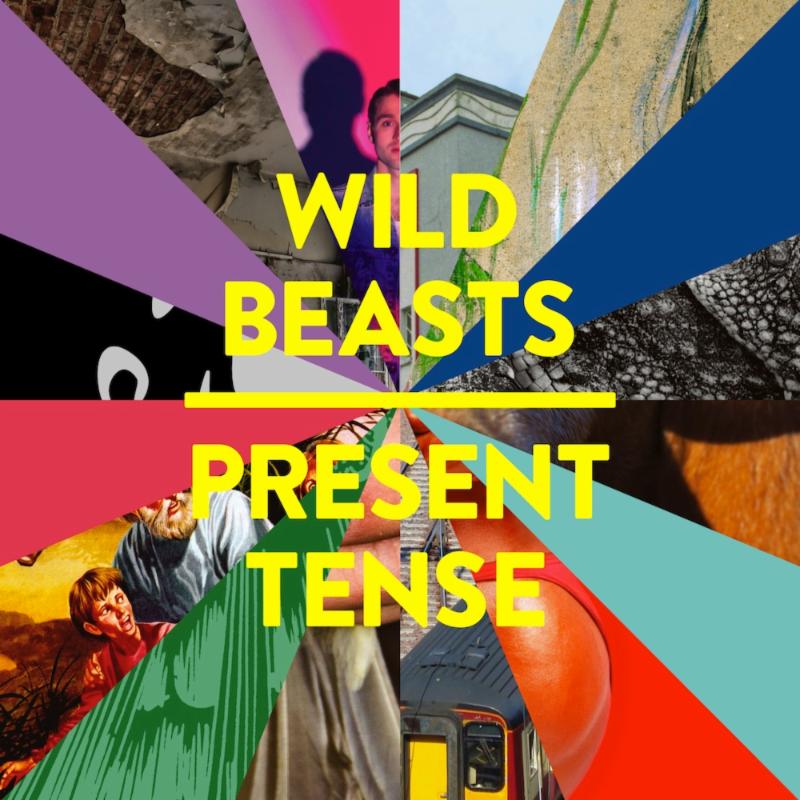 Northern England’s Wild Beasts have offered their own takes on minimalism and maximalism — on 2011’s Smother and debut album Limbo, Panto, respectively. And while maybe there isn’t that much distance between these two in the long run, it’s still along the fringes of pop music where the band seems most comfortable. They can invite you into a haunting and deeply intimate space. Or they can dazzle you with flamboyance. But even when Wild Beasts begin to hew closer to actual pop music — as they did in their own brilliantly peculiar way on 2009’s Two Dancers — it’s still not pop music as it would be recognized in the mainstream.

That’s still mostly true on Present Tense, the band’s fourth album, but they’re inching ever closer to a more traditional definition of pop, one streamlined hook at a time. Where much of their music in the past comprised a complex architecture of clean guitar arpeggios and spacious, ambient art-pop, here the group leans heavy on synth-based sounds. That doesn’t come across so explicitly on the dream pop of first single “Sweet Spot,” yet there’s definitely a more straightforward feel about it that might not have been so apparent on a past single like “Albatross” or “The Devil’s Playground.” But “Wanderlust,” the second single and Present Tense’s opening track, displays in dramatic presentation the full array of features in Wild Beasts 4.0 — fat synth basslines, uncanny valley Midi vocals and an overall sense of density that the group mostly cast aside on their previous effort.

With this shift in melodic priorities comes a more emotional directness to the lyrics on Present Tense. Vocalists Hayden Thorpe and Tom Fleming have both have highly expressive voices, which are put to affecting use here. At the close of “Wanderlust,” Thorpe sneers, “Don’t confuse me for someone who gives a fuck,” with a hypnotic aloofness. By contrast, however, “Palace” finds Thorpe at his most tender, declaring, “In detail, You are/ even more beautiful/ than from afar.” It’s a charming and heartfelt moment, though there’s still darkness lurking throughout the album. In the ominous “Daughters,” Fleming narrates an inherited mission of vengeance in his stoic baritone: “From the edge/ broke my little girl/ a destroyer of worlds.”

The benefit and curse of being a band with an aesthetic as manicured and well-established as Wild Beasts’ is that with every stylistic shift or artistic re-evaluation they might make, they still ending up sounding very much like themselves. And on Present Tense, they don’t sound like anyone so much as they do Wild Beasts, but in some fancier musical wardrobe. The added emphasis on synths does indeed set this recording apart, and at an opportune time for change, at that. Wild Beasts expand their parameters on Present Tense, but never lose sense of who they are.