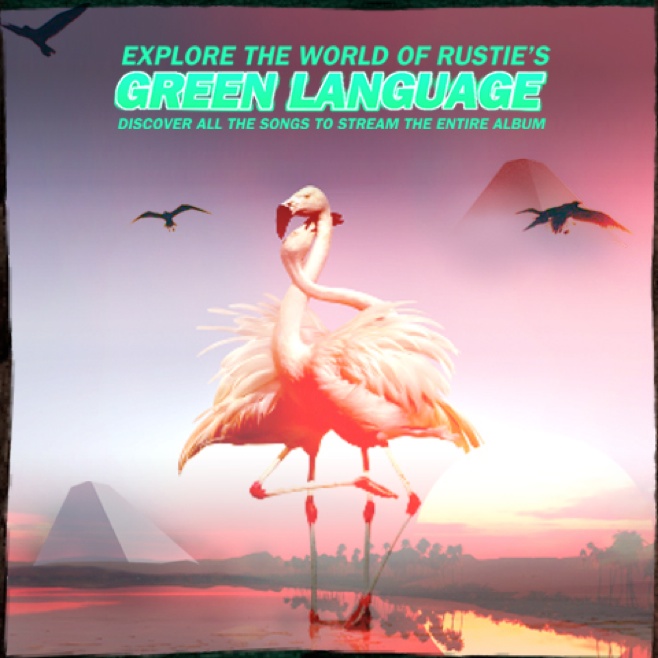 Next week, Scottish producer Rustie will release his new album Green Language via Warp. We’ve already jammed out to first single “Attak,” which features Danny Brown. And right now, you can stream the entire album via Pandora, a full week before it’s released.

But that’s not all! If simply streaming the album isn’t enough fun for you, then you’re in luck. Rustie has launched a new 8-bit video game to coincide with the launch of the album. It’s an old-school, first-person adventure game in which you explore new worlds. And every time you reach an important landmark within those worlds, one new track from the album is revealed. Reach all the landmarks? Hear the full album! So, you can go straight to Pandora if you want — or if you, I don’t know, have work to do. But if you want to have some fun this morning, we recommend roaming around inside the video game.

Play the Rustie Green Language video game here. Chrome and Safari are the recommended browsers in which to play the game.