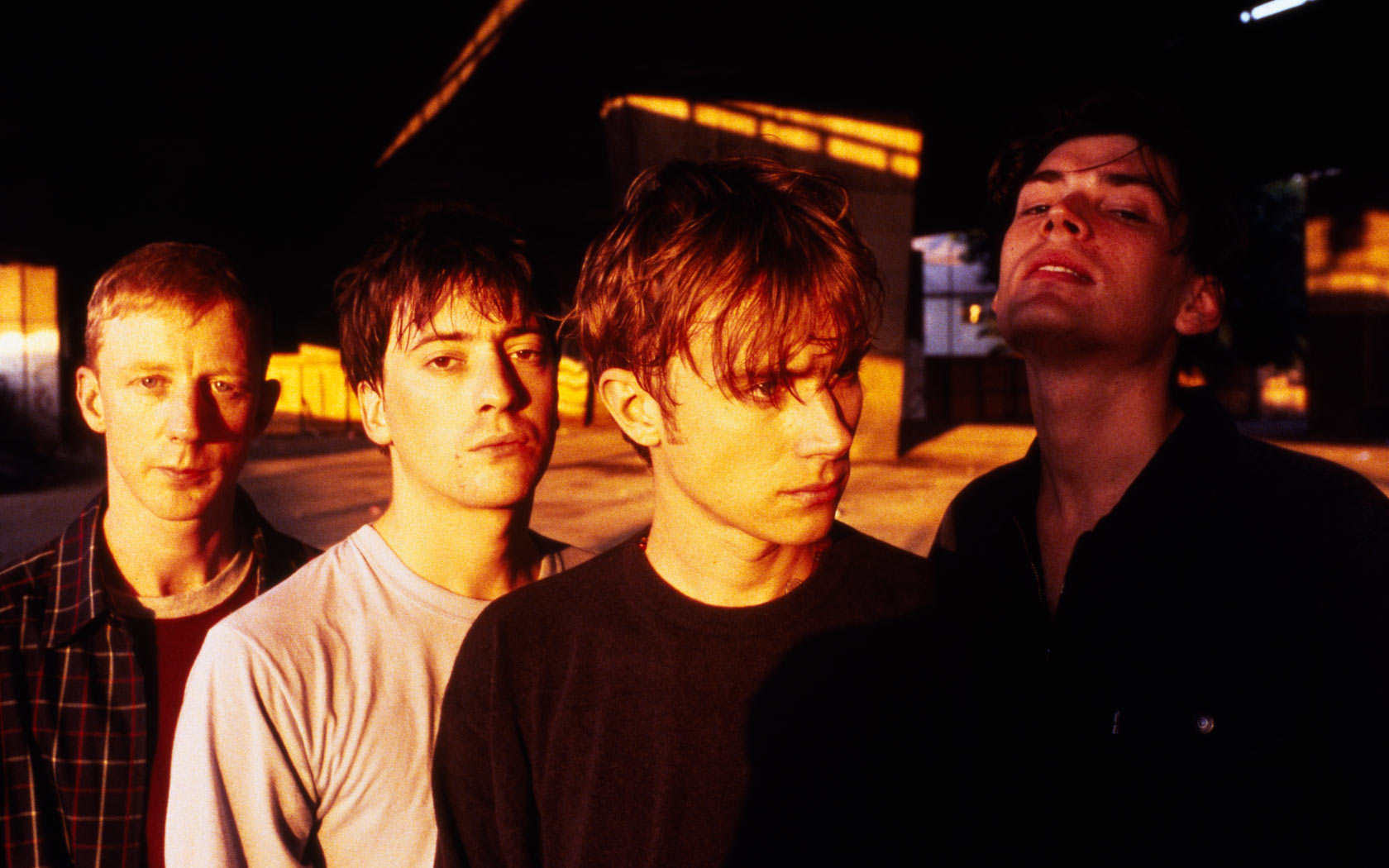 We’re coming up on the 20th anniversary of the summer where everyone traded their flannel for anorak, and swapped one rainy northern city for another rainy northern city, on the other side of the Atlantic. We’re pretty sure nobody actually called it the summer of Britpop (which could have even been 1995 considering how strong that year was for the genre), but we all know what it felt like to hear “Live Forever” for the first time, or “Girls & Boys” for that matter. And there have even been some 20th anniversary reissue campaigns announced in celebration of the occasion, though Liam Gallagher isn’t amused. Still, we can’t help but feel a little nostalgic for the days when we sat up and wondered what on earth a champagne supernova was, or pondered the day that the scenario in “Disco 2000” might actually happen in real life. For as much as Britpop was a press creation, at least in name, there’s no denying how much great music was released in the mid-’90s in the UK. So we’ve chosen 10 of our favorites to celebrate those halcyon days. We present our 10 Essential Britpop Albums.

Listen along to our Essential Britpop tracks playlist while you read, remastered with bonus tracks, just for Liam. 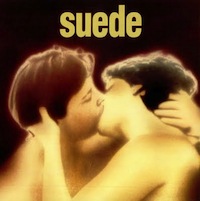 This is where it starts; the first Britpop record. Combining classic British glam with enough alt-rock sensibility to stay afloat in the ‘90s, Suede’s self-titled debut swept listeners away with cascading guitars and dramatic, crooning vocals lifted from another time period. From its androgynous cover to its lush instrumentals to Brett Anderson’s theatrical pipes, the album is brash, sexy, confident and extremely entertaining. Suede is full of bombast and ego, but through it all the band’s sincere energy and musicianship make for one incredible debut. – AK 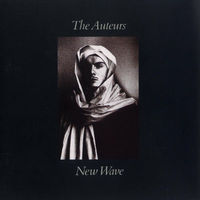 If there’s one thing that every album on this list of ’90s-era Britpop greats has in common, it’s a charismatic, dynamic frontman. The Auteurs’ Luke Haines fits nicely then, even without the histrionics of Brett Anderson, the boyish charm of Damon Albarn or the fuck-all drunken debauchery of Liam and Noel Gallagher. Still, on The Auteurs’ debut, New Wave, Haines crafted darkly witty narratives of life at its most comically dreary over some of the best glam-inspired jangle of the early- to mid-’90s. Through guitar riffs that could have fit in nicely on Suede’s first two albums, Haines casts a cynical eye wherever he points his gaze — which frequently was in the direction of celebrities or other bands. And Haines frequently kept up that cynicism offstage, deriding a good many of the other musicians of the Britpop era. Perhaps it’s ironic (or telling) that he was never as famous as his targets, though hearing a track like “Early Years,” you can’t in all honesty say his songs weren’t as good. – JT 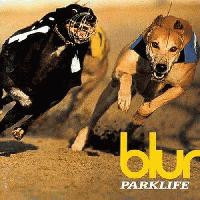 Though Blur hit their peak toward the end of their career, with more experimental records like 13 and Think Tank, the band established their supremacy — and quite possibly cemented Britpop as a subgenre — with their 1994 album Parklife. Even now, twenty years later, there’s not much that can touch the catchy simplicity of “Girls & Boys,” or match how effectively it reduces constricting gender boundaries to fodder for nonsense poetry. The album, at times, sees Blur matching the sarcastic punkiness of the Police (the spoken word portions of “Parklife” in particular) or the fantastically weird electronic stylings that consumed British pop in the eighties (“London Loves”). “To the End,” meanwhile, has all the emotional beats and high-notes of a Broadway ballad — but it’s frontman Damon Albarn’s reedy drawl that pulls it all together into one congenial package. The album was originally slated to be called London, which makes sense: it sounds like England, or at least some cultural approximation of what England’s supposed to sound like. No wonder this album almost single-handedly defined its own subgenre.- SP 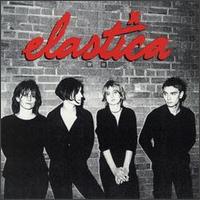 One key (though not crucial) characteristic to a true Britpop hit is how well it translated in football stadiums or, in the case of Elastica, Budweiser commercials. The irony about the band’s megahit “Connection” reaching such a level of ubiquity is that it lifted a riff from “Three Girl Rhumba,” off of Wire’s 1977 art-punk album Pink Flag. Hero worship and legal wrangling aside, Elastica’s remarkable, eponymous debut wore its new wave influences on its leather-jacket sleeves proudly, nodding to Blondie here (“Vaseline”), The Stranglers there (“Waking Up”), and just about every great UK punk band in between. Of course, any band can simply look to their favorite bands for inspiration, but Elastica’s trump card was their songwriting skills, which infused their unique personality into the vintage aesthetic they adopted and loaded each song with as many hooks as they could possibly fit into two and a half minutes. Just about any song here could have been a single, and at least five were, the best of the bunch being “Stutter,” perhaps the greatest song ever written about erectile dysfunction. – JT 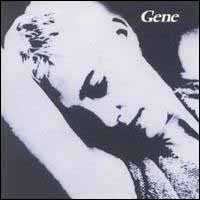 When Gene released their debut album Olympian in the mid-’90s, they praised as the next coming of The Smiths, and while they never had that level of influence (it’s doubtful the London group would ever yield a $75 million offer to play together), the aesthetic similarities are definitely there. Guitarist Steve Mason had a Marr-like playing style, which he showed off splendidly in standout tracks like “Haunted By You,” while frontman Martin Rossiter is a dramatic vocalist with more than a shade of Morrissey in his voice. Plus that cover art could have been slapped on a Smiths seven-inch, easily. But Gene had a lot more going on than mere kneeling at the Manchester altar, their sound an amalgam of Smiths-style post-punk, a dash of Northern soul and a heavy dose of all things Paul Weller (which became even more pronounced on second album Drawn to the Deep End). The way it all came together, however, sounded unexpectedly unique, the group rocking hard on tracks like “Left-Handed” and “To the City,” while offering their own version of a power ballad on the standout “Sleep Well Tonight.” Listening to Olympian is like listening to the best of British music recorded between 1979 and 1997, and I don’t know about you, but that sounds pretty good to me. – JT 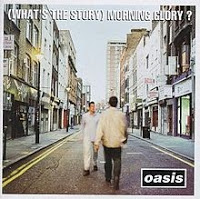 Driven by classic songwriting, British sensibility, and the winning combination of the brothers Gallagher (guitarist, producer, songwriter Noel and singer Liam), Oasis propelled themselves to stardom right from the launch of their career. (What’s The Story) Morning Glory, released at the height of their rivalry with Blur, may have been ballad heavy and ambitiously condensed, but it’s still a landmark of an album and a brilliant example of Britpop at its height. Peppered with melancholy anthems like “Roll With It,” “Don’t Look Back in Anger,” “Wonderwall,” and “Champagne Supernova,” Oasis’ second record is a warm, nostalgic trip, perfect for a lazy Summer day. – AK 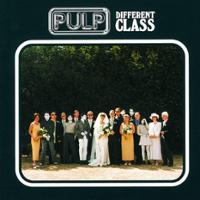 Unlike a lot of Britpop bands, Pulp never tried very hard to stick to a formula. Still, with an alt.rock attitude, an entire lexicon of English reference points and a firm grounding in Brit rockers of past (Bowie for the most part) they definitely fit the bill. 1995’s Different Class found the band at their peak, focusing its 12 tracks on British social classes. Sure, there are obvious standouts like “Common People,” “Disco 2000,” and “F.E.E.L.I.N.G.C.A.L.L.E.D.L.O.V.E.” but sharp songwriting and a bit of synth sheen make this record a classic across the board. – AK 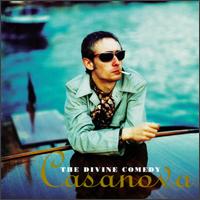 For the most part, The Divine Comedy should be considered a baroque-pop act. But, with 1996’s Casanova, Neil Hannon started going for a more straightforward pop tone as the base for his songwriting. Sure, there are still striking, classically influenced arrangements, but the mood and flow of the record is unmistakably Britpop. The result is one deliciously satisfying pop record, full of ten songs focused around themes of sexuality and one rather depressing closer about death — a rather common topic for Hannon. A stand-out for both baroque-pop and Britpop alike, Casanova is a beautifully moving album, breaking boundaries of genre and emotion alike. – AK 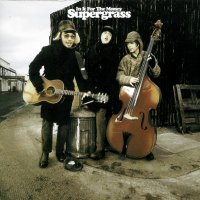 In 1995, Supergrass were fresh-faced youngsters riding a wave of publicity on the strength of singles like “Caught by the Fuzz” and “Alright” (which was featured in Clueless), the fact that they were several years younger than their fellow Britpoppers, and rumors that they would have their own TV series a la The Monkees. In just two years, they had shaken off some of that teenage naiveté, amplified their musical ambition and slapped an ironic title on their second album, In It For the Money. It didn’t produce any hits on the level of “Alright,” but the thing’s just packed with singles: The hard rocking “Richard III,” the riff-heavy “Sun Hits the Sky,” the bouncy, acoustic “Late in the Day,” and, best of all, the groove-heavy “Cheapskate.” And if Supergrass really were in it for the money, my guess is that they put most of it into this album, which just sounds expensive. It’s a booming rock record with horns, keyboards, Theremin and countless other bits of studio gadgetry. Even in the hedonistic world of Britpop, there aren’t many records that pack as much fun per second as In It For the Money does. – JT 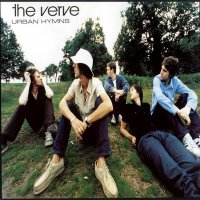 Nothing proves a Britpop band was influenced by 60’s British rock quite like getting sued by the Rolling Stones. “Bitter Sweet Symphony” opens The Verve’s third studio album with an orchestral sample instantly recognizable to music fans that were withing earshot of a radio in the late ’90s. Andrew Loog Oldham, manager of the Rolling Stones at the time of their first British single “The Last Time,” had made orchestral recordings of Stones material, which is where this sample derives (that very song, in fact). Even though The Verve obtained a license to use it, apparently they used more than they should have, resulting in the forfeiture of all royalties from the song over to Keith Richards and Mick Jagger. That being said, Urban Hymns is still a quintessential Britpop album, not because of its commercial appeal, but rather its playability. By playability, I mean from the aforementioned chart-topping opener, the electric “Rolling People,” the emotional “Drugs Don’t Work,” all the way to to the closing melodic, post-shoegazing “Come On” — this album consistently rocks while quenching that nostalgic thirst along the way. – DP