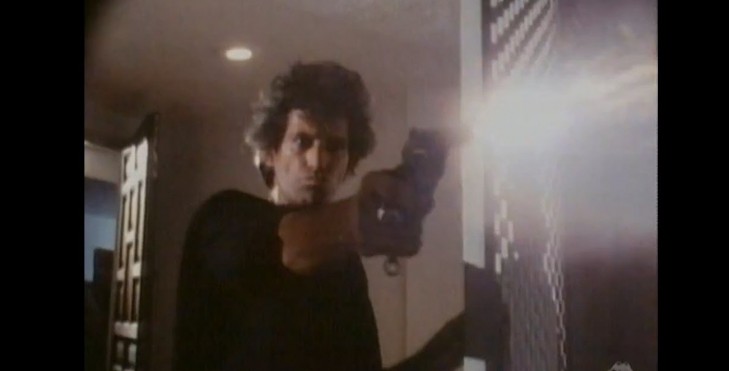 A perfect album is rare. Even the best collections of songs will sometimes feature one track that doesn’t shine as brightly as the rest. Of course, sometimes whole albums fall apart altogether, no one track strong enough to hold together an otherwise problematic sequence. That said, there are quite a few bad albums out there that manage to hide one gleaming gem among an otherwise disastrous group of tracks. This week, we’re offering our picks for the best songs on bad albums. Because even when a great artist is at their worst, there’s always a hint of greatness that remains, to remind us why we gave a shit in the first place. Or… sometimes lousy artists catch a break. Either way, here’s the result. 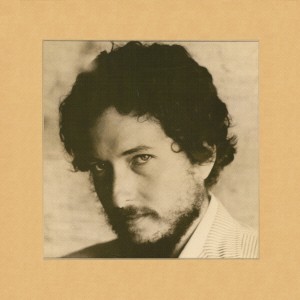 Following a run of eight brilliant, indispensable albums from about 1963 to 1969, Bob Dylan started a downward slide as though experimenting with crap, as if to say “how bad can I make my music before people stop calling me a genius?” In 1970, following the sub-par Self Portrait, he dropped a slightly smaller deuce with New Morning. But while that album contains some unlistenable songs, it also has “The Man in Me,” which was later enjoyed a rebirth as the theme of The Big Lebowski. It’s a perfectly formulated Americana pop song with a sweet message about what a good woman can do for a bad man — cute but not cutesy. To be fair, New Morning also has some other fine tunes (“If Not for You” would be the biggest hit), but for each of those, there’s a “Time Passes Slowly” waiting to crush it. “The Man in Me” sticks out, though, as a hopeful, fun, catchy number. – CG 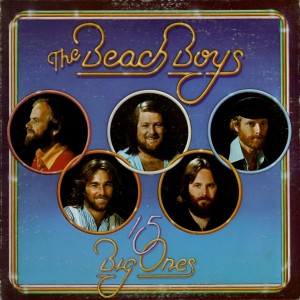 The best track on the otherwise mostly-abysmal album 15 Big Ones (and possibly the best track of their late 1970s output), The Beach Boys’ “Had to Phone Ya” is truly a group effort. With each member getting a shot at lead, it begins sweetly, expressing an appreciation for the person at the end of the line, who the caller is willing to comfort, and who is welcome to reciprocate as needed. However, the song takes an unexpectedly ominous turn at the end, when a ragged-voiced Brian, worn by many years of drug abuse and vocal neglect, anxiously hopes the person he’s dialing is there to receive his call. Initially written for his wife Marylin and her group American Spring in 1972/1973, the song follows the same mundane focus of other Wilson tracks from the era, namely “Busy Doin’ Nothing” and “Cool Cool Water. Even without the comparison to the musical atrocities on the rest of the album, this song can sit proudly in the Brian Wilson canon among his many other classics. – NU 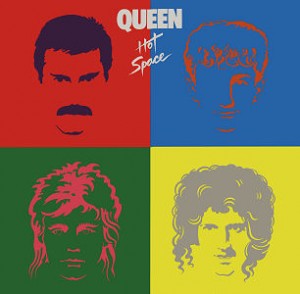 
Queen flexed some pretty impressive pop muscle on 1980’s The Game, a fine new wave collection that included such massive hits as “Another One Bites the Dust” and “Crazy Little Thing Called Love.” But the tepid synth-pop sound on its follow-up, 1982’s Hot Space, proved anything but hot. Somehow this grandiose, ambitious, operatic art rock group became lost in the trends of the times, without ever really getting a firm grasp on them. But tucked away at the end of the album is “Under Pressure,” a heroic, moving epic that’s both as catchy and as pretty as anything the band’s ever written, not to mention the fact that the Thin White Duke delivers his own incredible vocal performance. They regained some of their magic in the ’80s, if not shedding any of the cheese, but this is proof that even a major misstep has its moments. – JT 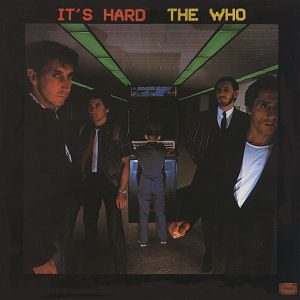 After the death of Keith Moon, The Who had lost their intense, powerful anchor, and though Pete Townshend’s ambition hadn’t waned at all, the results were somewhere between disappointing and baffling on the group’s 1982 swan song, It’s Hard. It didn’t help that the title of the album sounded like a generic adult video, or perhaps the difficulty of being able to release a decent album after more than 15 years as a band. Townshend did deliver one knockout tune on the record, however. That song, “Eminence Front,” is easily the funkiest tune the band ever released, grooving hard with a hard-hitting, sparse rhythm section and dense layers of synthesizer and scratch guitar. It sounds like the ’80s, but not embarrassingly so, which is an accomplishment in itself. – JT 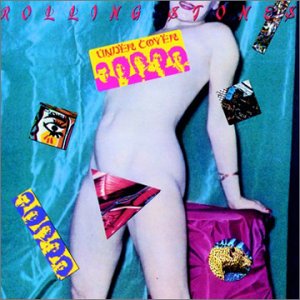 A lot of people point to Dirty Work in the Rolling Stones’ catalog and laugh, but really, what isn’t wrong with its predecessor, Undercover? This is where the legendary creative differences between Mick Jagger and Keith Richards started. Richards may very well have been trying to abandon his substance-fueled stupor and assert more authority in the band on this album, but the bluesier numbers feel made in the resulting hangover/rehab fog. Jagger played the experimentalist role to the hilt, but often ended up making the band sound like Talking Heads. That’s not a bad sound in and of itself, just wholly unexpected here. Somehow, the shuffling, echoing lead single incorporates Jagger’s ongoing reggae flirtations — dub production, the presence of Sly & Robbie, numerous percussionists — with a rarely-heard political slant against Latin American corruption. Tied to a theatrical video gruesome enough for MTV to ban, “Undercover of the Night” was many things the Stones normally were not. Yet it meant that in this first battle between the Glimmer Twins Jagger managed to win the day, briefly and barely. – AB 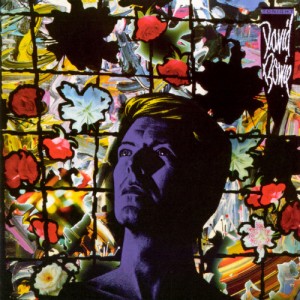 Some folks will tell you that Never Let Me Down is David Bowie’s worst album. It isn’t. Don’t get me wrong — it’s nothing special, even pretty ridiculous, but it at least sounds like the product of vision and ambition. Tonight is just a baffling wreck. We can blame the ’80s, overproduction and poor aesthetic choices, but there’s not a lot to love on the album, from Bowie’s poorly executed experiments with reggae to his horrendous cover of the Beach Boys’ “God Only Knows.” There are some redeeming qualities, however, primarily in the form of “Loving the Alien” and the knockout single “Blue Jean,” which has a hard-rocking groove and some wonderfully cheesy saxophone squeals that work surprisingly well here. It’s a good pop tune on an album of bad ones. We’ll take it. – JT 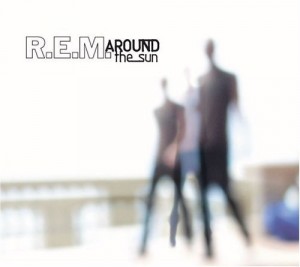 Let’s face it: by 1998’s Up, R.E.M. was phoning it in. They finally appeared to hang up the phone in 2004 with Around the Sun, filled with some of the least-inspired, least-interesting music this pioneering four-piece ever composed. They deceived their fans, however, by leading off with “Leaving New York.” Its spooky verse provides misdirection as it leads into a highly singable, memorable, meaningful chorus. The song is still mellower than fans were hoping for, but they more than made up for it with 2008’s Accelerate, and finally ending the band’s Hall of Fame career on a high note with Collapse Into Now. Unfortunately, Around the Sun betrayed the band’s mortality, but not before giving us this one gem. – CG 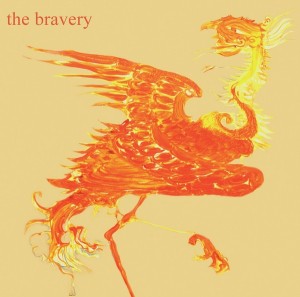 This entry might need a little clarification — The Bravery’s self-titled debut isn’t by any means a terrible album, but it’s also hardly anything to write home about. And everything that came after was abysmal. So in a sense, this is one great song in a career full of flops. But man, that one song, it’s a real beauty. With all the pulsing disco of mid-aughts peers like The Rapture or Moving Units, with even more radio-ready sheen, “An Honest Mistake” is a perfect radio single, all flashing lights and glittery disco balls, and a chorus that rings out to the heavens. After this, they started to sound like Hoobastank, which means it was likely a fluke, but hey, credit where it’s due, this song is a beast. – JT 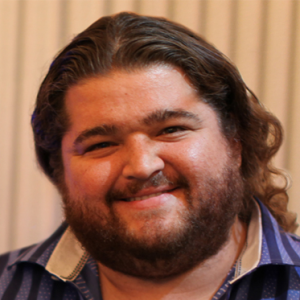 Essentially every post-Harvard release from Weezer arrived with diminishing returns, from the OK Green Album, to the mediocre Maladroit, on up to the absolutely disastrous Make Believe. Things didn’t get much better with 2008’s Red Album, 2009’s Raditude or 2010’s Hurley, but at the very least, the final of that trio contained this gem hidden away on its second half. Rivers Cuomo opens the tune as an upbeat acoustic strummer, sounding more twee than expected while bouncing along a fun melody with a Mellotron backing, and sans the schlock or Lil Wayne guest appearances. And it maintains that endearing simplicity on up to its final minute, in which it erupts into a grungy rocker in a powerful climax. Apparently Weezer can still write good songs, they just often choose not to. – JT 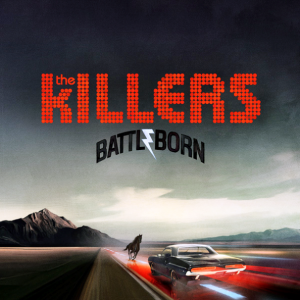 Battle Born is not a total disaster, more of a major disappointment. The towering singles from Hot Fuss and Sam’s Town gave The Killers instant recognition with their spacey arena-rock meets indie-pop that catered to youngsters circa 2008. Then Day & Age showcased an unforeseen experimental side. The awesome funky bass line in “Joy Ride,” the excellent addition to the future Greatest Hits collection “Spaceman,” and a four-year hiatus were all the ingredients for an epic reunion album. Then they released follow-up Battle Born, and the only thing about the album that wasn’t forgettable was “Runaways.” The single’s bridge features a snare drum roll followed by a massive chorus, resulting in an anthemic, classic Killers moment. The disappointment of the album stemmed primarily from The Killers’ failure to branch out into unknown musical waters, but they still left behind a song that sounds like it was written for a Springsteen encore. – DP