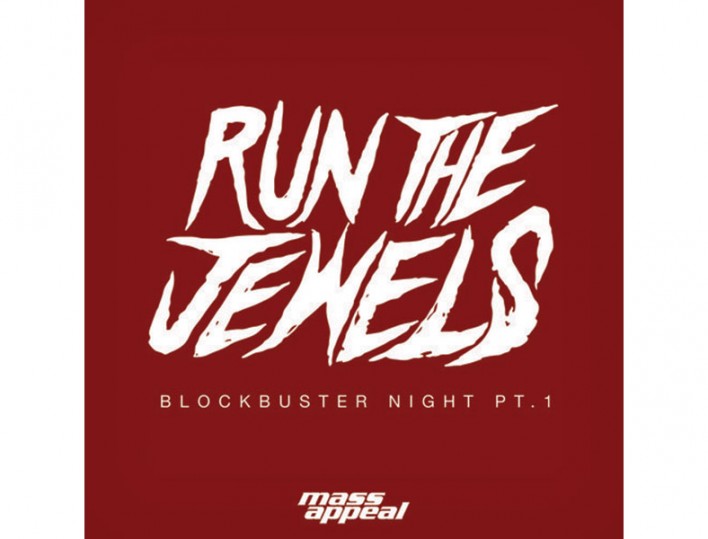 El-P and Killer Mike do topical, serious and personal raps better than just about anyone else. Just one listen to El-P’s fierce messages of grief and determination on 2012’s Cancer 4 Cure, or Mike’s unimpeachable take-downs of systematic oppression on R.A.P. Music (particularly “Reagan”), prove as much with only one listen. But Jamie and Mike are far from stuck on earnest or angry; quite the contrary. Check their Twitter accounts and you’ll see the words of two down-to-earth and, for that matter, remarkably funny dudes, who seem to love nothing more than clowning every rapper in the game simply by doing what they love. And what they love most, based on the bulk of their first album as Run the Jewels, is reminding those other rappers that they’re going to be subjected to a lyrical clowning.

On “Blockbuster Night Pt. 1,” the first single from the duo’s upcoming second album, the clown is most definitely down. With an ominous rush of “Dr. Who” them synth throb, Killer Mike opens up his barrage on all the second rate emcees who didn’t get the message the first time: “Punches is thrown until you’re frontless… I’m talking crazy/ half past the clock is cuckoo.” In just two minutes and 32 seconds, the duo goes tag-team in the ring, dropping one “Ohhhhh shit!” throwdown after another, until there’s nothing left to do but claim the belt and peace out. Yeah, they’ve done this thing many times before. But they’re just so damn good at it, that when El-P and Killer Mike come, they come really hard. But just like on past favorites like “Get It” or “Banana Clipper,” what ultimately makes “Blockbuster Night” another success is how much fun the duo seem to be having in the studio, not just puffing their chests for the sake of doing so, but seemingly challenging each other in real time in an ever escalating game of mutual one-upsmanship.

There’s still plenty of room in Run the Jewels’ world for straight-faced and real conversations, and Killer Mike has been outspoken — and on the money — about the murder of Michael Brown and escalating tension in Ferguson, Mo. “Blockbuster Night” doesn’t distract from more important issues, but rather complements them; hip-hop is a powerful forum for conveying truth, but it can also be a source of joy. That’s how you Run the Jewels ’em.