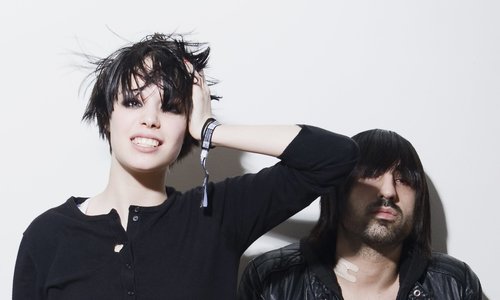 It’s a bad year for noisy, anarchic, electronics-heavy bands. First, Death Grips end their legacy with an unexpected, yet totally characteristic break-up. And now, Crystal Castles have announced their split.

NME reports that Alice Glass announced the end of the band via her personal Twitter account. “I am leaving Crystal Castles,” Glass starts off. “My art and my self-expression in any form has always been an attempt towards sincerity, honesty, and empathy for others. For a multitude of reasons both professional and personal I no longer feel that this is possible within CC. Although this is the end of the band, I hope my fans will embrace me as a solo artist in the same way they have embraced Crystal Castles.”

Crystal Castles toured last year with Depeche Mode, and earlier this year, Glass’ former musical partner in Crystal Castles, Ethan Kath, has been doing DJ sets as well as live solo performances at festivals. As of right now, Glass has not announced what, exactly, her plans are, though it seems possible that she’ll be making music solo at this stage. All of the band’s albums — 2008’s Crystal Castles, 2010’s Crystal Castles (II) and 2012’s III — are well worth repeated spins.