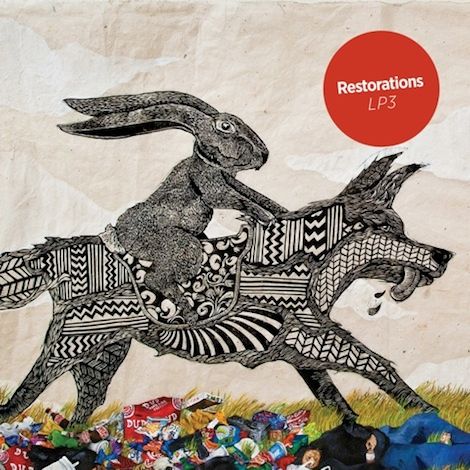 Punk was never about aging gracefully. Obviously punks do grow up — the ones that don’t burn out — but there’s an inherent contradiction about staying punk and being a grown-up; the restlessness and rebellion of youth tends to fade, and for good reason. To a certain degree, things that mean so much to you as a young man or woman are still important, but priorities change, your outlook changes, you change. That doesn’t, however, mean that the two are irreconcilable — a lot of people just prefer not to put in the effort. If the last couple years have taught us anything, however, it’s that punk’s adulthood can be every bit as challenging or engaging as its youth. Against Me!’s Transgender Dysphoria Blues shed light on a complex and deeply personal topic without clouding it in empty sloganeering. Lagwagon’s Joey Cape and Hot Water Music’s Chuck Ragan have mined Springsteen’s discography for their own impressive solo careers. And Joyce Manor proved with Never Hungover Again that pop punk need not have a maximum age limit.

Philadelphia’s Restorations have been followed by the “punk for grown ups” tag for some time, a fact that they’re likely weary of by now. But it’s not that their sound is exclusionary in any way. The kids are more than welcome at the table, but it’s a refined and hearty banquet that Restorations serves and not a quick-fix boost of energy. But to reduce Restorations to simply being punk doesn’t fully encapsulate what they do or how they sound. They’re a rock ‘n’ roll band first and foremost, and as frontman Jon Loudon notes in a Noisey interview, everyone has a different take on what they sound like, even though his own description is fairly straightforward: “We like amps and guitar solos, so once that gets across it’s pretty easy.”

Restorations’ LP3 — their third album in four years — has any number of sonic forebears: Neil Young, Bruce Springsteen, Fugazi and Hüsker Dü on up to ’90s emo a la Chamberlain, grittier hybrids like The Constantines’ Shine a Light, or even a much louder version of The National. Contrary to groups like the equally excellent Joyce Manor, Restorations invest more in their pacing, allowing their melodies to breathe and stretch, sometimes even allowing a slow build into a subtler payoff if need be. The album’s leadoff track, “Wales,” is all effects and ambiance for a full minute before a melody and a rhythm finally take shape, and another before Loudon enters the frame. But then there’s that payoff — everything drops out but the drums and Loudon himself, promising, “I’ll take you all/ I’ll set you free.”

Big statements — however intricately crafted — are central to LP3, and Restorations constantly deliver them with elegance and emotional weight. Few songs here pack quite the wallop that long-distance tear-jerker “Separate Songs” does, its gorgeous opening riff giving way to sharp jabs of power chords, and Loudon’s lament, “Condemned to be forever unable/ To give this stupid thing the time that it deserves.” And when Loudon turns to the time that’s passed him by on “Tiny Prayers,” he’s backed by a more muscular, driving arrangement as he meditates, “Tiny prayers to the coffee cup scattered/ All across my house, only measure time.” And on “Most Likely A Spy” when Loudon sings, “You’ll break down today/ You’ll break down tomorrow,” he doesn’t sound like someone offering an idle threat, but rather the unsettling comfort of having been there before.

Perhaps the line most indicative of Restorations’ measured and mature outlook comes during “The Future,” in which Loudon finds attraction in the idea of settling down: “I’ve always liked you/ because you talk about the future/ I’ve always liked you/Never had a future before.” Not that one need worry about the band packing it up for a quiet life in the suburbs anytime soon — on the riff-roaring, solo-heavy seven-minute closing track “It’s Not,” the band sounds like they’re having entirely too much fun to entertain taking any breaks from their amps and guitar solos. Rock music with as much heart, drive and simply unbeatable melodies as these are ageless.

The Constantines – Tournament of Hearts

The Hold Steady – Boys and Girls In America