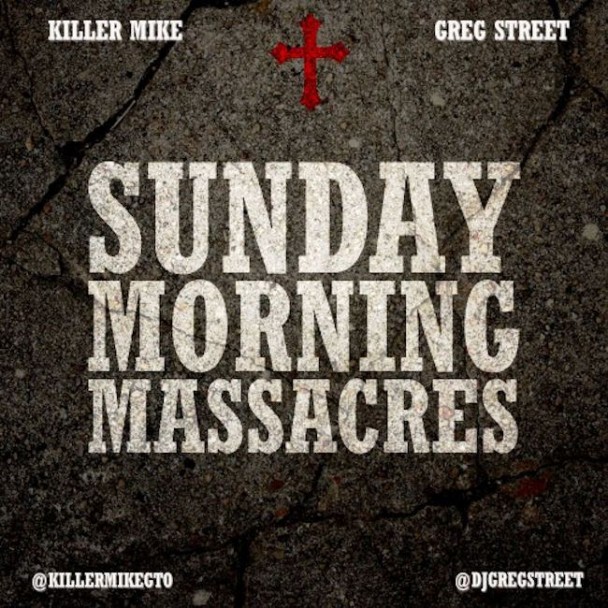 Killer Mike has had a big year, thanks to the release of the excellent Run the Jewels 2. But he’s been releasing music for a long time — in fact, there’s apparently some tracks from his vault that haven’t yet been released to the public. One collection of such tracks, titled Sunday Morning Massacres, has just been released as a Mixtape via DatPiff. The mixtape mostly comprises freestyles from some 2008 sessions, and the set has a sort of Biblical theme about it, with references to Jesus and Judas, Cain and Abel, and Samson and Delilah, among other Biblical narratives. It’s a free download, as mixtapes generally are, and you can grab it below.

Read our new Run the Jewels interview with Killer Mike.