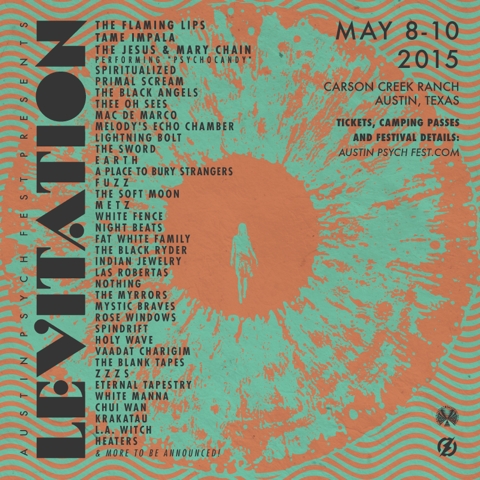 The festival explains the name change in a press release:

Over the years, countless other “psych fest” events have popped up around the globe – music communities all over the world are gathering together and celebrating music and art together. This is an amazing thing and we are proud to be a part of it.

In 2015 we are redefining what we’re doing with a renewed focus on the music we love, and to mark that change the festival is taking on a new name: LEVITATION. The title comes from one of our favorite tracks from Austin legends The 13th Floor Elevators, who have provided us with endless inspiration. Their music and message transcended genre – they were true innovators.

For tickets to the Levitation festival, go here.