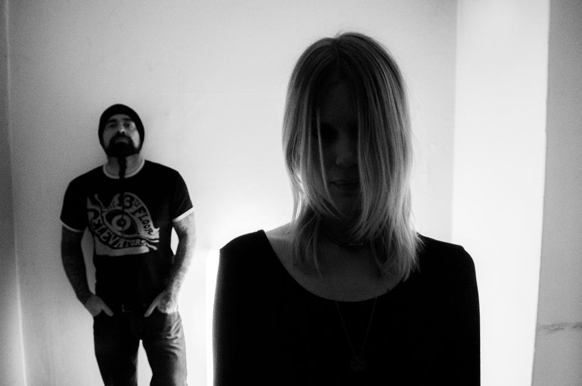 In September, Danish one-woman black metal musician Myrkur released her debut self-titled EP for Relapse, and in 2015, she plans to release her debut full-length. She’s currently recording the album in Oslo with producer Krystofer Rygg of Ulver (the picture above was posted on Ulver’s Twitter). But wait, this already impressive sounding collaboration gets even better. In addition, a series of other notable black metal musicians will be performing on the record, including Mayhem guitarist Teloch, and drummer Øyvind Myrvoll of Nidingr and Dodheimsgard. So, kvlt status acquired? Sounds like.

“I am honored that Kristoffer is helping me create my full length album, and to work with musicians like Teloch and Øyvind,” says Myrkur in a statement. “I have done everything myself except drums previously so it is a big change to have more people involved, but I know it was the right choice. People can expect an album that will be nastier, prettier, and more disorienting than the previous recordings. It is very cold in Oslo.”

Myrkur also shared a new demo, for a track called “Skaði”, which you can listen to below.