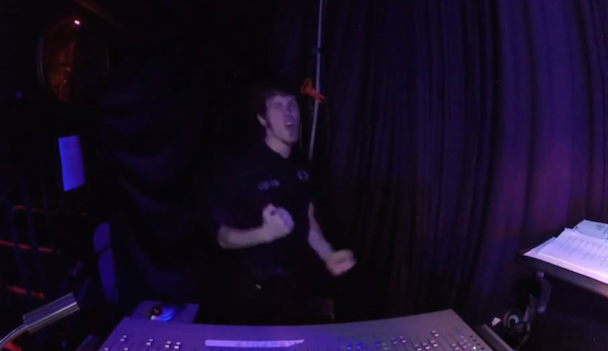 If you saw The Afghan Whigs on any of their North American tour dates behind their newest album Do To The Beast, you probably noticed their engineer on the side of the stage, getting down with his bad self. Dude has moves (and vests!). And the band is certainly aware of this. But if you didn’t happen to see engineer and dance machine Ryan O’Hara behind the boards and on the floor in 2014, then brace yourself: He’s the star of the band’s new video, “The Lottery.” The footage in the video was shot from various nights during the band’s tour, and it’s mesmerizing, to say the least.

“He wakes up everyday with a smile on his face and something positive to share with you. Every night during the gig he performs a parallel show behind the board and it’s phenomenal to watch,” frontman Greg Dulli wrote in a press release. “Occasionally, I’ll forget to sing because I’m watching him turn into Bez from Happy Mondays. But that’s rock and roll for you. It keeps you young.”

You heard the man — watch him go. Ryan O’Hara, you’re the real lord of the dance Check out the Afghan Whigs “The Lottery” video below.