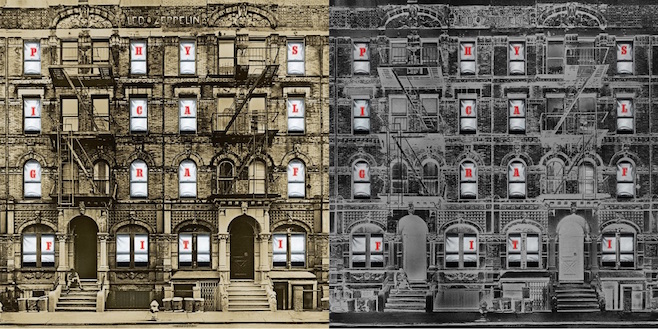 The Led Zeppelin reissue train just keeps on rolling in 2015, and the next in line for the deluxe vinyl treatment is the band’s massive 1975 double album, Physical Graffiti. The album is being released via Rhino on Feb. 24, which will mark the precise date of the album’s 40th anniversary. The album has been remastered by Jimmy Page, and the deluxe version features an extra disc of bonus material.

The album will be available in a few different formats: two-disc and two-LP versions with the original album, and three-disc and three-LP versions that contain the bonus material. There will also be a deluxe vinyl edition, which features the album and its bonus tracks on both CD and vinyl, a digital download, a print of the album cover, and a 96-page hardcover book of photos and memorabilia.

Check out the tracklist for the Led Zeppelin Physical Graffiti reissue below.