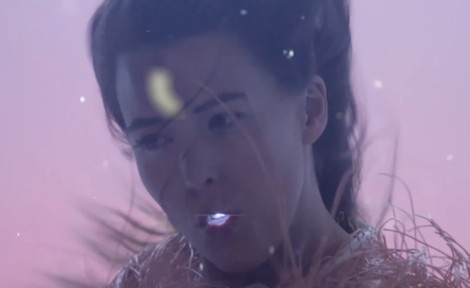 Canadian synth-pop duo Purity Ring recently announced the upcoming release of Another Eternity, their follow-up to 2012’s Shrines. The band has also recently released a couple of new tracks on the album, “Begin Again” and “Push Pull,” and the latter has a new accompanying video out today. The clip is colorful and slow-moving, beginning with a neon shot of Megan James’ mouth, before it starts to focus in on the vocalist floating around in some vividly colored waters with shades of purple, pink and navy blue. It was directed by Renata Raksha, and it looks pretty damn cool (song’s not too shabby either!).

Purity Ring’s Another Eternity will be released March 3 via 4AD. Their album Shrines was featured on our list of the Top 100 Albums of the Decade So Far.