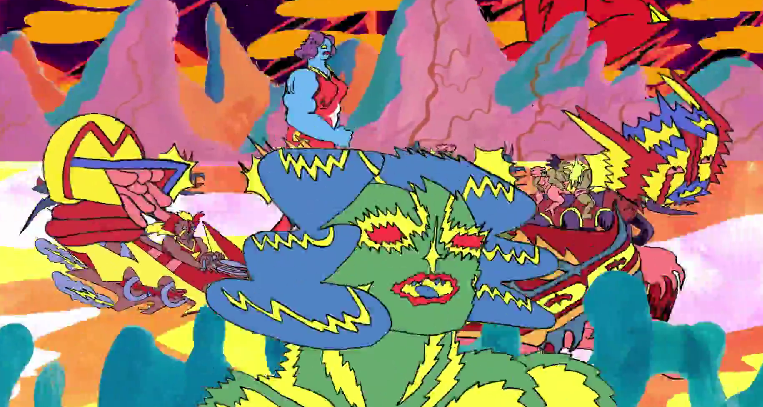 Lightning Bolt recently released Fantasy Empire, their first new album since 2009’s Earthly Delights. And today, the band has shared the first video from the album, for the standout track “The Metal East.” The animated clip, directed by Lale Westvind, is a forward scrolling sequence of colorful characters and beasts from some kind of post-apocalyptic future that looks like a cross between Thundercats and a video game. There are people flying jets, riding dinosaurs, and looking pretty beefy and weird all around. Then there’s a transition during the bridge where faces melt into one another and everything gets super trippy. It’s actually all pretty trippy, but it’s also a pretty fun video, and one that definitely fits the kind of chaotic noise rock that Lightning Bolt deals in.

Watch the Lightning Bolt “The Metal East” video below, courtesy of The Guardian.