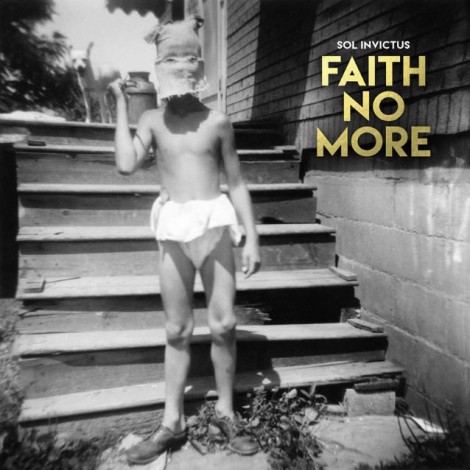 Few hard rock legacies are as hard to figure out as Faith No More’s. Arriving during the drive-by conquest of hair metal, distanced from the fury and fate of thrash, uneasily tethered to the soon-to-be-dismaying advent of rap-metal, they pursued a track with just enough variance and originality to make them unlike anyone else of their time. But could anyone see the subversive track they were pursuing beyond their not-what-it-seems hit “Epic”? And of those who did, could they stick around after the presumed masterpiece Angel Dust for another two albums that occasionally felt like flailing?

The key to FNM is lead vocalist Mike Patton, who had neither the desire nor the time to maintain a by-the-numbers career as a frontman. Through FNM and his first, uglier experimental circus Mr. Bungle, Patton unleashed an attack on popular culture, divided between slick sales pitches and the sordid subroutines of smut, shit and crime they usually obscure. The promise of something like “Epic” would always be undercut by oafish caricatures out of Mondo Cane, like “RV.” Constant fluxes of attraction and repulsion, mediated by the occasional, intrusive “Midlife Crisis,” fit FNM’s purposes well. But was this a band or a program that you’d wear like a badge? Could you really get close to them, or even be endeared by them? As for me, I usually couldn’t—I endorsed their overall manifesto and their talents, but their music left me a little cold.

Which is why Sol Invictus, their first album in 17 years, is such a surprise. There’s still an underlying fascination with the corrupted and morbid, and the sporadic dirty joke, but there’s also an unexpected responsibility attached as well. Not the sedentary kind of responsibility one associates with aging, but the kind of accountability one gets when they realize the world’s gotten three times as fucked up as they foretold. For better or worse, FNM have to provide solutions—or, failing that, which is inevitable, at least some really direct questions.

The title track, the most restrained album opener they’ve done, has Patton wondering where he’s been misplaced, toying with actual absolution over a foreboding martial beat: “When’s my faith renewing today?” he sings in severe phasing, temporarily forgetting to read the name at the top of the band letterhead. “Where’s my faith, my blasphemy?” Roddy Bottum’s minimalist, unusual piano chords reinforce the statement of purpose. When the crush comes in “Superhero,” guitarist Jon Hudson and drummer Mike Bordin use the familiar tools of ‘90s metal—but it’s somehow revitalized. Patton’s screaming mistrust of paper heroes unfolds over Batman guitar riffs and mock Chopin piano, and its melodic resolution makes utter sense without sounding stale. The standard nu-metal gait of “Separation Anxiety” gets chipped away by Patton’s menacing stage-whisper chorus, and a falsetto vocal far meeker than you’d expect; it’s a vocal chance some of FNM’s nu-metal descendants would be afraid to try. Then again, most lead singers don’t have Patton’s six-octave range, which shows no sign of decay, but plenty of maturing.

Faith No More’s renowned genre-hopping, sometimes distracting on King For a Day, Fool For a Lifetime, is only tempered as much as the melodies require it to be. “Rise of the Fall” goes through a manic transformation from arch-classical themes to near-R&B guitar figures, and well-rendered changes in volume and pitch. Patton’s hectic turmoil takes him through alternating bouts of rage and reverie (“Smell your filthy life burning!” to “when will I see you again?” with five lines between), the dizziness of which would elude musicians who could only go one way or the other.

“Black Friday” is another one of Patton’s logical extensions of hyper-consumerism—containing the wonderful phrase “the grandest frappé”—with him screaming “Buy it!” the way Michael Stipe intoned “Fire!” in R.E.M.’s “The One I Love.” “Motherfucker” is a rote, almost Jimmy Dean-like recitation of the crimes of swivel-chair imperialism that would be overdone if it wasn’t paced so nicely. It pairs well with the slaughterhouse revenge fantasy of “Matador.” Improbably wrapping up the whole thing is the outrageously shiny “From the Dead,” a sweet homecoming anthem that borrows a lot from, of all things, Supertramp’s “Give a Little Bit.” It’s hard to tell how sincere Patton’s being when he sings “Welcome home my friend,” but even if the release is death and not the folksy rebirth it implies, it works either way.

Mike Patton can do anything with his voice—and, sometimes to his detriment, he usually did—but his manipulations of gruffness, exhortation and shattering rage fit Sol Invictus’ aims well. Certainly there’s a lot more melody to play with and bounce off, and with the more melodic approach of the compositions there’s something to grab onto before the wrath peels you away. Though lyrics like “Cone of Shame” and “Black Friday” retain the elliptical bent of their writers, there’s the sense of something more at stake than an urinal cake that’s gained sentience.

Whether it’s a more grounded viewpoint after a decade and a half apart, or just a revitalized communion after years spent in side projects, Faith No More make their case as songwriters, conceptualists and musicians in pretty much equal amounts on Sol Invictus. Perhaps it doesn’t have quite the foresight or imminence of The Real Thing or Angel Dust, and I’m not sure (nor do I care) whether there’s a diehard moaning “sell-out!” with this on in the background. But there’s an agreeable coat to Sol Invictus, a reallocation of Faith No More’s slackened distaste for the mundane and the hypocritical that could only be described as comforting. What they’ll do 17 years from now is anyone’s guess.