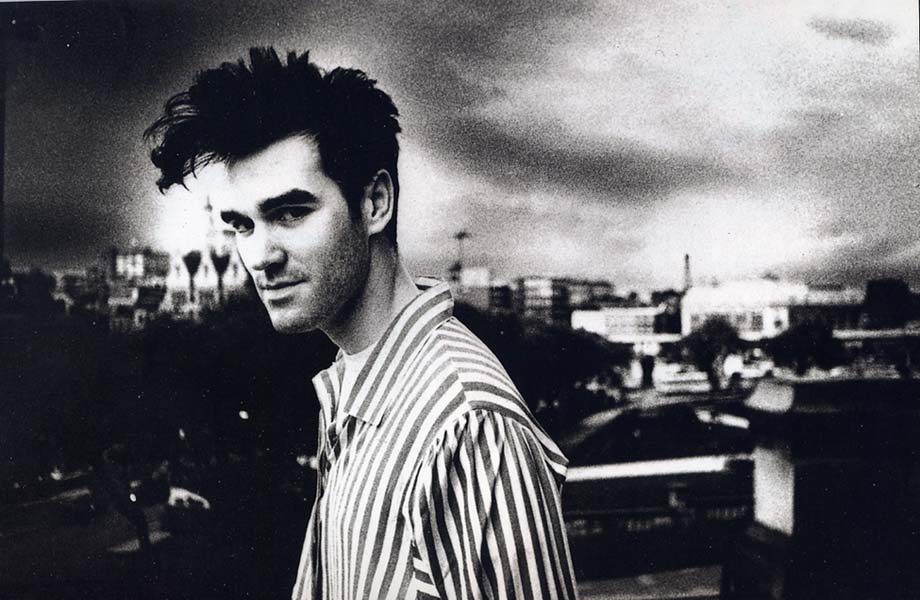 Kiss fans have it easy—they have an army to back them. It’s also easy to be a Slayer fan, no matter how many line-up changes they have. If you decide to “Up the Irons” with Maiden, no worries, every one knows “Run to the Hills.” It’s even easy to be a Smiths fan. You can always say, “I just listen to them because of Johnny Marr. Being a Morrissey fan means it doesn’t matter if it’s The Queen is Dead or Ringleader of the Tormentors, you don’t have to have the Smiths as a buffer. You need all the grandiose emotion at his command poured into you.

Since Morrissey recently blew out his birthday candles, and it’s close to my 20th anniversary as a Morrissey fan, I thought I would shed some light on what it is like to be one. Morrissey is not a guilty pleasure to me. I have no guilt about what my finance might call an obsession with the Pope of Mope as many call him. But you see, Morrissey’s music is not mopey to me. In fact aside from some of my actual guilty-pleasure pop like Madonna or Twin Shadow, Morrissey is some of the least depressing music I listen to. Granted, The Cure has many songs I find too cheery. One of my favorite sub-genres of music is funereal doom, a brand of mournful metal that marches to the grave at 40 BPMs. Sure, heaven knows he is miserable now, but his music encompasses a wide range of emotions and often finds the Moz not as the victim of his narratives but as the sardonic sadist.

I have always primarily been a metalhead. In my sophomore year of high school, my girlfriend at the time—who was trying to curb the Mercyful Fate binge I was on—gave me a copy of Only Theater of Pain by Christian Death, and then David Bowie and Prince were soon not the only non-metal artists I listened to. Then came the summer before my senior year and the guitar hook to “How Soon Is Now” caught my ear, and the rest is history. Granted I’m often the token goth when among metalheads and the token metalhead when I am hanging out at the bat cave. In many of my interviews with metal bands, I try to test the waters with Morrissey when we get to the subject of what non-metal music they listen too—which is always a more interesting topic, because are you going to be surprised that Goatwhore listens to Slayer on the tour bus or that Watain listens to Bathory? No, but to know they listen to Queen and the Cure, puts me on Fascination street.

Phil Anselmo is not alone when it comes to metalheads who dig Morrissey and The Smiths; there are Morrissey fans lurking in bands such as Converge, Deafheaven and the Deftones. While I don’t hear the grimness, I do hear the bleak humor. Is Morrissey a genius? I would say so. Are the Smiths heavy in their own way? Absolutely—the title track of Meat is Murder is heavier than most metal bands from an emotional standpoint. I love the fact Phil compares Moz to King Diamond, another one of my favorite singers who is an acquired taste. If I think about most of my favorite singers—Robert Smith, Kate Bush, Geddy Lee, Chelsea Wolfe, Zola Jesus—I think the same could be said about them. Like Phil says, you know it’s them when you hear them. Why would you only want to listen to music with universal appeal? What sets Moz apart from the other singers mentioned above is if you are a fan you also likely find yourself having to explain his politics and, likewise, his prima donna behavior. If Morrissey doesn’t want to play in a venue that serves meat, well, at least he has something that he believes in so strongly.

Any Morrissey fan knows it’s not an easy job being an advocate. At this point I have seen Morrissey as many times as he has canceled on me. He has even made disparaging remarks about the other musical icon I hold up on a similar pedestal—David Bowie. While I won’t repeat what was said, I understand Morrissey enough to not take offense and know that in his heart of hearts he knows what a huge influence Bowie was on him and he would not exist if not for the doors David Bowie opened, ambiguous sexual personas alone. Morrissey has been the light that had never gone out for me. I have endured all his silly rock star shenanigans. I don’t even want the Smiths to reunite. It wouldn’t be the same. I don’t need them to. I am fine with just Moz, no buffer. I love the Smiths and they were the gateway drug, but I can take Moz with no chaser. He can keep cancelling show after show, it won’t change a thing, because being Morrissey fan might not be an easy way of life, but it is a better one.