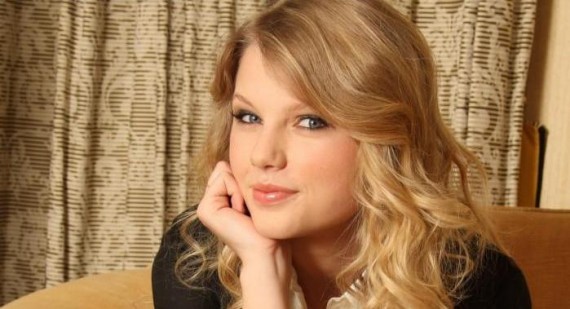 Like many adult audiophiles, especially those with a critical ear (not to mention a critical platform), I eschewed Taylor Swift when she reached ubiquity. At first, she was a teen country sensation and, as I saw it, had no impact on my life. But once her music became inescapable, I grumbled along with everyone else: she can’t sing live, and there is nothing unique about her voice; her songs are immature and banal; she is insincere – what could she possibly know about being unpopular? And so on. Her 2009 Grammy duet with Miley Cyrus was as twee as can be. Her infamous 2010 Grammy performance with Stevie Nicks was painful. I couldn’t help but ask myself: Why would I ever consider listening to her music by choice?

In late 2010, however, it all clicked. It happened just before the arrival of her mainstream crossover album, 2010’s Speak Now. She performed “Innocent” at the 2010 MTV VMAs, and not only was that song a melodic departure from the rest of anything I had heard from her, it inspired a song of my own. My eyes were open, and suddenly it was all Taylor, all the time. But I felt the need to justify this new appreciation to myself and my peers; how could A.C. Newman, Damien Rice and Taylor Swift exist on the same playlist? How could I speak her name in the same breath as legends like Paul Simon and Bob Dylan? After listening carefully and repeatedly to her most recent three albums, and after doing my research, I have the answers and I am now comfortable admitting that I am – 100 percent – a Taylor Swift fan.

Disputing her voice: Whoever said you need to be a perfect vocalist to be a great singer? She had some rough live high-profile performances, and I will not defend those. However, I have seen other concert footage, and rest assured she can sing in tune and on pitch. As for the tone: there is something Taylor Swift does that cannot be taught: she delivers every syllable exactly as she intends to deliver it, and she does so to make sure that her meaning is understood. When she says, “It’s 2 A.M. and I’m cursing your name,” she hits “cursing” with a self-referential vitriol that cannot be disputed. When she remembers that “I left my scarf there at your sister’s house, and you still got it in your drawer even now,” there’s a touch of peaceful sadness and understanding behind it. “We’re happy, free, confused, and lonely at the same time; it’s miserable and magical” sung playfully, with both lucidity and relinquishment, perfectly describes a twenty-two year-old. This is what she has in common with Dylan and Simon (and, for that matter, Adam Duritz): you believe every word she says.

Disputing her songwriting: On the one hand, the number of songs that follow the same basic pattern (G, D, Am or Bm or Em, C) is ridiculous. But on the other hand, how many two-chord songs did Lou Reed make famous? Paul McCartney still composes A-D-E tunes to this very day. If her songs sound like they were penned by a young girl sitting cross-legged on her bed with a guitar, a notebook and a broken heart, it’s probably because they were. We can’t all be Sufjan Stevens, and shouldn’t be — get over it.

Disputing her sincerity: The cynic might ask what a young, charming, attractive, six-foot tall blonde could possibly know about being unpopular. About being ignored on the bleachers, envious of the cheer captain? Here’s where a little research provides some proper context. Country music is not the most popular genre on the outskirts of Reading, Pa. When Taylor was young, she was ostracized. South-central Pennsylvania was known for bands like Live and Fuel. She found country music on her own, and do you think a lanky, all arms-and-legs, bespectacled, frizzy-haired theater geek who loves Faith Hill and Tim McGraw is going to be embraced by or pushed away from the popular kids? She had plenty of kindling for her first couple albums, no doubt.

Country music may have been her springboard, but Speak Now (2010) and Red (2012) are pop, pop, pop! In fact the latter has more in common with Brit-pop than anything else. Opening number “State of Grace” starts with pounding rock drums and fuzzy guitar, and in a flash her roots are forsaken. But the song still has melodic structures that are identifiably T-Swizzle, not to mention turns of phrase that grab your attention (“So you were never a saint / And I loved the shades of wrong”), and it rocks. Ironically, the songs that appear the most polished and poppy on the surface (“Red,” “22” and “We Are Never Ever Getting Back Together”) are also the most country, featuring instrumentation or stomping beats identified with that genre. Swift also ventures out of her comfort zone, joining Gary Lightbody (Snow Patrol) on one lovely duet and Ed Sheeran on another. While a couple songs sound factory-produced, if you can find acoustic versions, you might be surprised how well they fit in with the rest of her catalog.

So, for those listeners that, after all this time, still sit on the fence, here is my plea: Don’t turn your back on  Taylor. Embrace her. Listen between the lines. Appreciate her songwriting. Understand that when she reacts to an award with shock and awe, it’s because she is still a skinny girl from the middle of nowhere in Pennsylvania, swooning in her room to Les Miserables and LeAnn Rimes — no matter how many records she has sold. That kind of humility gives her a grounding and inspiration to grow as a songwriter. You can choose to join her or hate her, but you will not beat her. Me, I chose to join her, and I’ll defend her talents to anyone who disputes them.