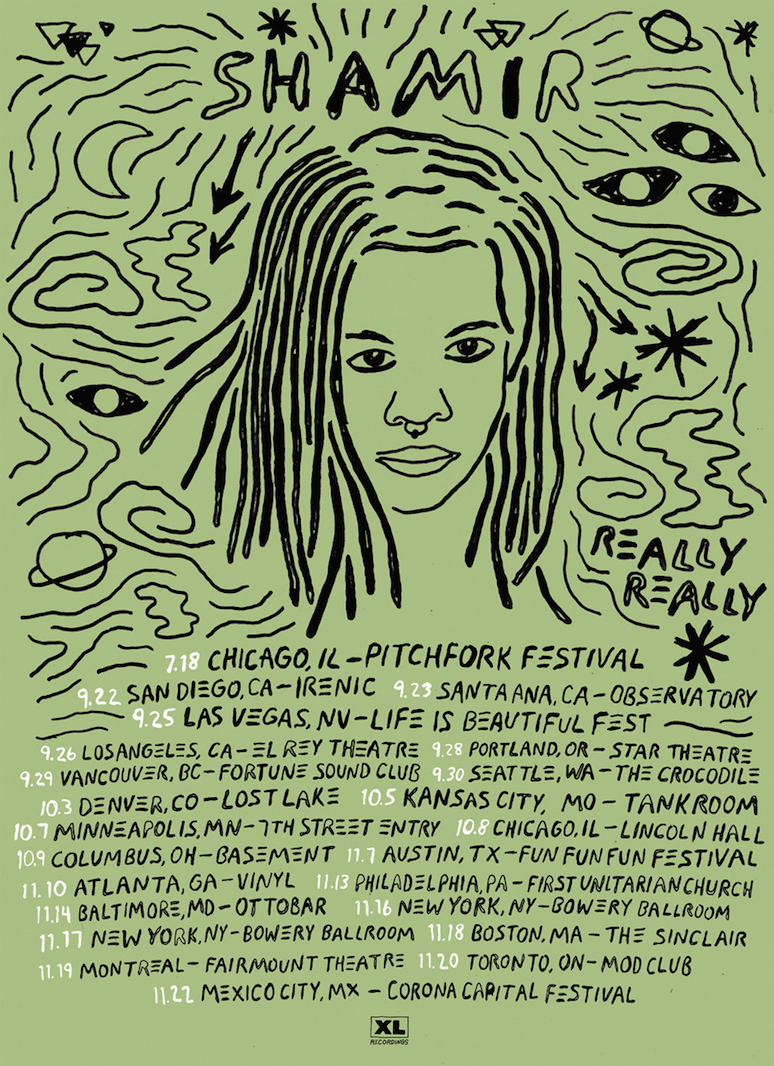 After the release of his excellent debut album, Ratchet, Las Vegas pop sensation Shamir is heading out on his first U.S. tour. This weekend, he’ll be performing at Pitchfork Fest, and then after that he launches a jaunt around the country starting on the west coast, and stretching up to Toronto, then back down to Mexico City. Take a look at the dates below.

Shamir’s Ratchet is on our list of the Best Albums of 2015 so far.