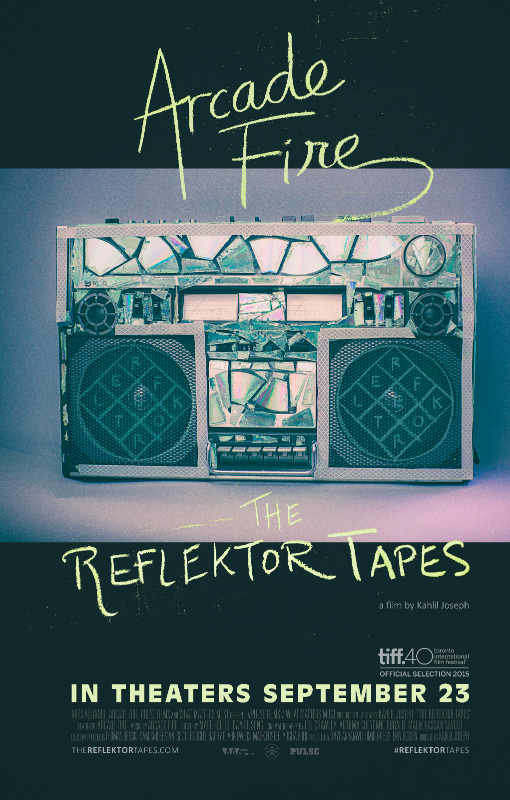 On Sept. 23, Arcade Fire will release their new feature-length film, The Reflektor Tapes. It’s a documentary and concert film, directed by Kahlil Joseph, who has directed videos for Kendrick Lamar and Flying Lotus. The band has released a handful of teasers for the film, and today, they’ve finally released a proper trailer for the film, which you can watch below. A press release states that the film “charts the band’s creative journey as they lay foundations for the album in Jamaica, commence recording sessions in Montreal and play an impromptu gig at a Haitian hotel on the first night of Carnival, before bringing their breathtaking live show to packed arenas in Los Angeles and London.”

Arcade Fire said about the film in a press release:

There were parts of the Reflektor tour where I think we, Arcade Fire, came the closest in our careers to putting on stage what we imagined in our heads. We were insanely lucky to have Kahlil Joseph documenting from the very beginning.