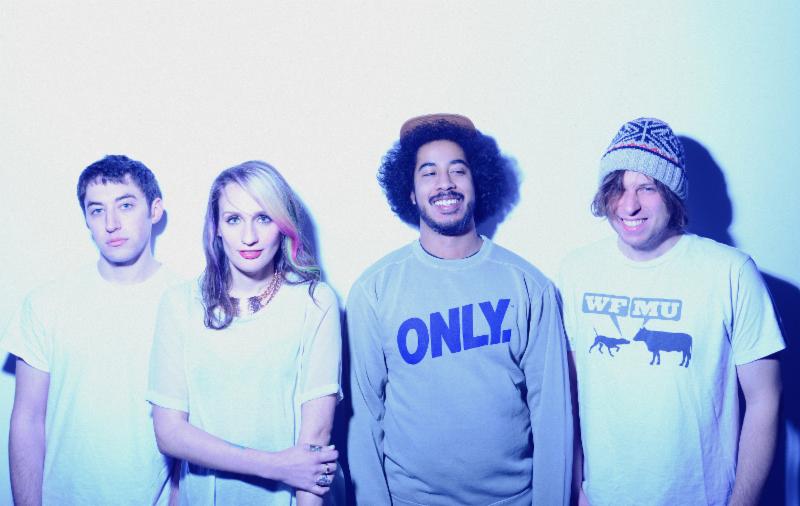 Speedy Ortiz is taking another lap on tour in support of their new album, Foil Deer, and they’re taking an extra step to make their shows as welcoming as possible to fans. The band has launched a “help hotline” for fans who might feel unsafe at their shows. Anyone at the band’s shows can use the Speedy Ortiz help hotline by texting (574) 404-SAFE, “if [they] are being harassed, or feel unsafe and need help.” The band also posted a flyer on Facebook, which you can read below, and frontwoman Sadie Dupuis explained on Twitter. 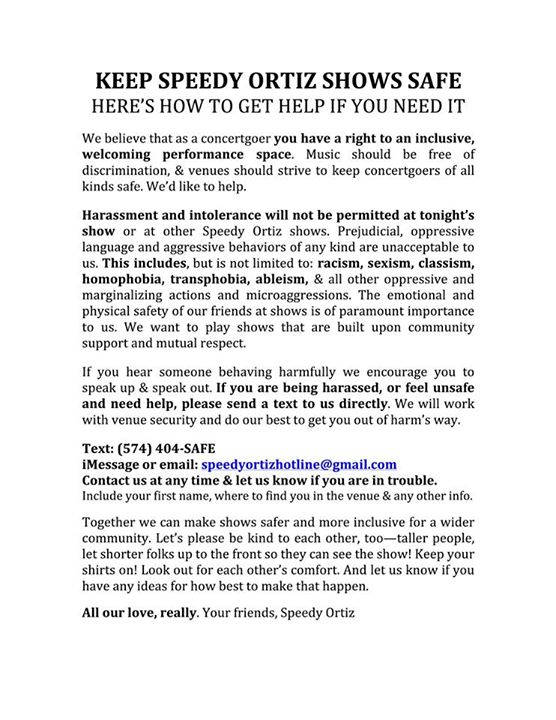 This help hotline is a new system we're trying out, but one we hope will make our shows a lot safer & more fun for all. We love you folks.