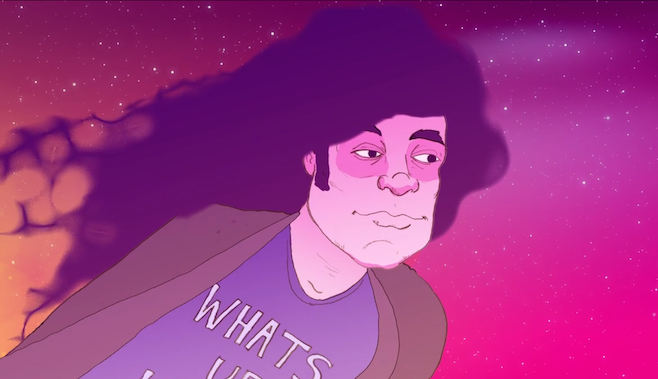 On Sept. 25, Kurt Vile will release his new album, b’lieve i’m goin’ down, via Matador. Vile has already released one track from the album, the standout opening track “Pretty Pimpin.” And today, he’s just released a video for another new, as of yet unreleased track. “Life Like This” is a more serene track, with some hypnotic piano leads and signature guitar licks. It’s Vile at his dreamiest, which means it’s Vile through and through. The video depicts Vile in his studio, performing, drinking beer and making friends with an animated gorilla before turning into a cartoon, himself. Oh, and the gorilla becomes his drummer. Watch and listen below.