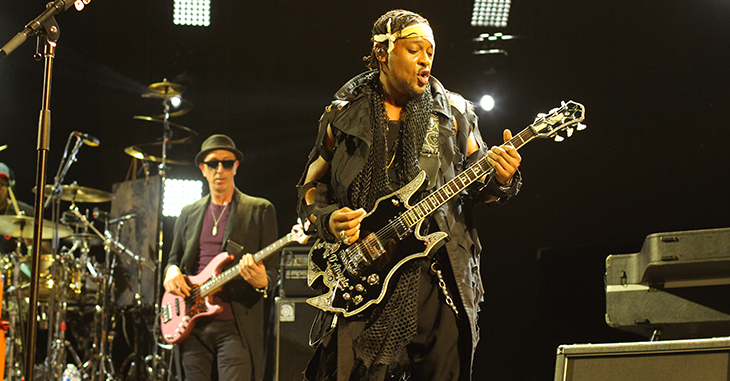 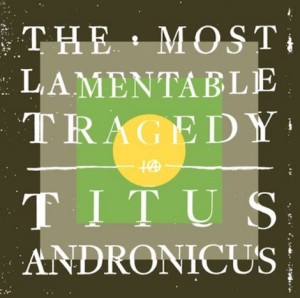 Somewhere in Titus Andronicus’ thick behemoth of a concept album, The Most Lamentable Tragedy, is a song that can be plucked out of context and still make complete sense. Even better, it’s still wholly relatable. The song, easily one of the album’s catchiest, stews in the awkward tension of sharing damaging information about yourself with a potential partner way too early in the relationship. Luckily, with the grinding guitars and infectious hook, the track beckons you to cringe with empathy while simultaneously shouting along. — KN 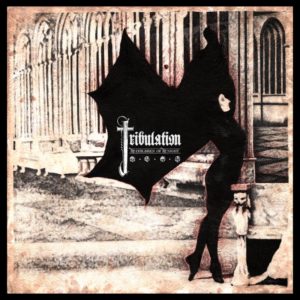 39. Tribulation – “Melancholia”
from The Children of the Night (Century Media)

Continually evolving Swedish death metal band Tribulation broadened their scope to a wider audience with this single from their excellent third record. The snarls this time around are more intelligible and the guitar entrenches the song with dark melodies throughout, delivering a brighter and more epic metal tone toward the end of the song. “Melancholia” proves you can write melo-death and leave the cheese in the refrigerator. The creepy undercurrent of “Melancholia” avoids the pitfalls many death metal bands succumb to by being emotionally monochrome. — WL 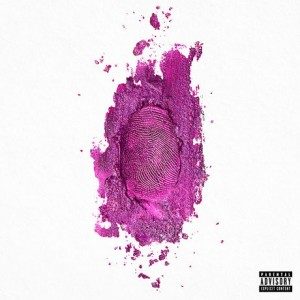 Prior to sitting down to write this blurb, I did a little preliminary Google research on “Feeling Myself” and to my surprise, I learned that there was another song called “Feeling Myself” released in 2013 by will.i.am, Miley Cyrus, Wiz Khalifa and French Montana. That song became a mere blip on the radar once Nicki Minaj and Beyoncé dropped their collaboration. Accompanied by spacey synth-lines and James Brown grunts, “Feeling Myself” was Nicki’s bow-down moment, reminding everyone that she can wipe the floor with some fools. Switching flows, Minaj is alternately tough, sexy and playful, carrying each role with immense confidence. Trading off with Beyoncé’s breathy vocals, “Feeling Myself” makes a fierce case for female solidarity in hip-hop, proving that girls just do it better. — JI 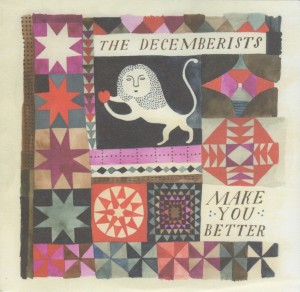 37. The Decemberists – “Make You Better”
from What a Terrible World, What a Beautiful World (Rough Trade Records)

The Decemberists have a particular way of putting the hardest emotions to swallow into comforting tracks. When it comes to the enduring process of healing, “Make You Better” is The Decemberists’ answer to being “okay.” Something feels different this time around for the band, as if their guitars have grown up, or their piano has become more sensitive to human emotion. Fully equipped with an honest tale of changed love and backup vocals to boot, “Make You Better” has a cathartic quality that only Colin Meloy could convey. Oh, and the music video features everyone’s favorite mustache. — VC 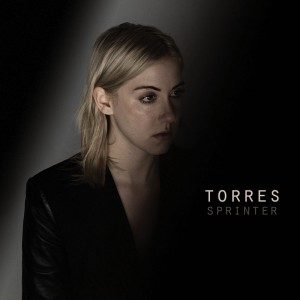 On most of Sprinter, Torres (aka Mackenzie Scott) deals in gritty, heart-wrenching ballads. It’s fitting, then, that the record’s title track is one of the most intimate and anthemic of bunch. Here, Scott balances her appreciation and disdain for her Christian upbringing in Georgia. Through the song’s relatively short verses, she cycles through a plethora of imagery and tales of her youth before over a driving-yet-melancholy instrumental. And, as the song builds to its powerful, bursting end, she bursts into a prayer-like mantra of “There’s freedom to/ and freedom from/ freedom to run/ from everyone.” It’s intimate indie rock at its finest. — ATB 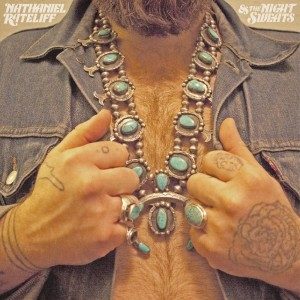 This year’s representatives of the neckbeard-wearin’ down-home musicmaker class are a Denver-via-Missouri former missionary and his backing band of reformed choir singers. Despite Rateliff’s folk background, this crew and album take on a hard-partying soul and R&B vibe, one championed by Jimmy Fallon and debuted on American TV on his Tonight Show. This gospel-tinged signature track is all dark underbelly; the “sonofabitch” referred to by the alcoholic narrator is either anyone in earshot who will get him his next drink, or himself as he prepares for the hallucinations and delirium tremens—and likely failure—of getting clean. – AB 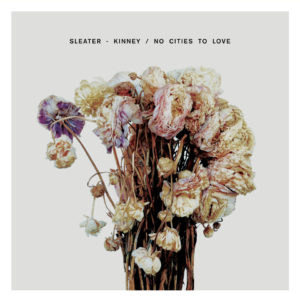 34. Sleater-Kinney – “Surface Envy”
from No Cities to Love (Sub Pop)

If Sleater-Kinney ever ends up with their own Monkees-style musical comedy show (someone please make that happen), “Surface Envy” would almost certainly have to be the theme song. A meta reflection on the trio’s own reunion after ten years without playing music together, “Surface Envy” sends a pretty simple message: We’re back, and we’re fucking awesome. In fact, the music says it all pretty clearly, Brownstein’s exclamation-addled riffs set against Tucker’s full-throated wail and Janet Weiss’ rock-solid back beat. This is what it sounds like to have the best band in the world playing music in a room together again, and this time, they’re not gonna take your shit: “We win/ We lose/ Only together do we make the rules.” — JT 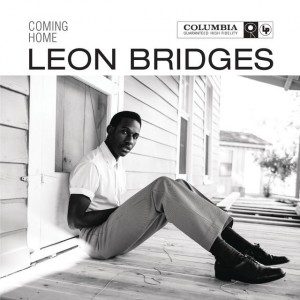 It’s all right. This is a safe space here. You can admit it: The first time you heard this song you thought the time-space continuum had finally ruptured. This was some unreleased Otis Redding demo or somebody doing a cover of some unjustly forgotten Sam Cooke track from 50 years ago. No way some twentysomething out of Austin was going to show up in the year 2015 armed only with a guitar and a voice that glided like warm maple syrup over pancakes to melt down our charts and repeat buttons. And yet it happened, and that uniqueness is why Leon Bridges won. Accentuated by a brilliant video depicting an interracial relationship in black and white that matches his no-frills and low-key style, this is the first song that’s brought Bridges into national prominence. Let’s hope it’s the first out of a few dozen. — BR 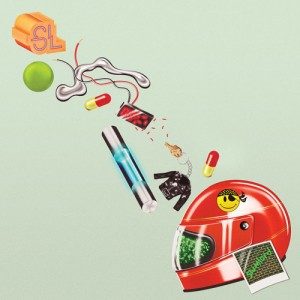 With a gutsy synth opening akin to an ‘80s high school dance overrun by zombies, “Slumlord” is Neon Indian’s crème de la magical crème. Listening to it is guaranteed to make you feel just a little bit cooler, and once you hear Alan Palomo’s playful lyrics how could you not? The track is filled with conviction for glowing nightlife, a testament to all the creative risks and innovation that Neon Indian is capable of. “Slumlord” is pure beat-laden gold, awaiting you at the other end of a very long earworm rainbow. — VC 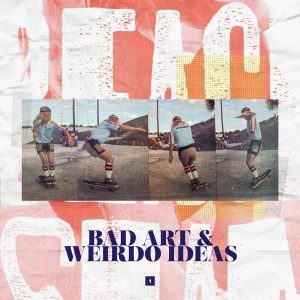 31. Beach Slang – “Bad Art & Weirdo Ideas”
from The Things We Do To Find People Who Feel Like Us (Polyvinyl)

The emotions Beach Slang songs traffic in are elemental and furious, grand pronouncements of love, sadness, confusion and hope that make the most sense in your teens and 20s but never disappear. Lines like the second verse of “Bad Art & Weirdo Ideas”—“I’ve always felt stuck, alone or ashamed/The gutter’s too tough, the stars are too safe”—are bombastic yet so sensible. But this song’s unstoppable momentum is what grabs you most: the melodic riff interplay between frontman James Alex and lead guitarist Ruben Gallego, the way Ed McNulty’s bass and JP Flexner’s drums pound hard enough down low to crumble the strictures holding aloft the song protagonist’s fears. And the final sentiment, which applies equally well to friendships as it does to lovers, would do Beach Slang’s musical godfathers The Replacements proud: “We are not alone, we are not mistakes/Don’t whisper now—we’re allowed to be loud!” — LG