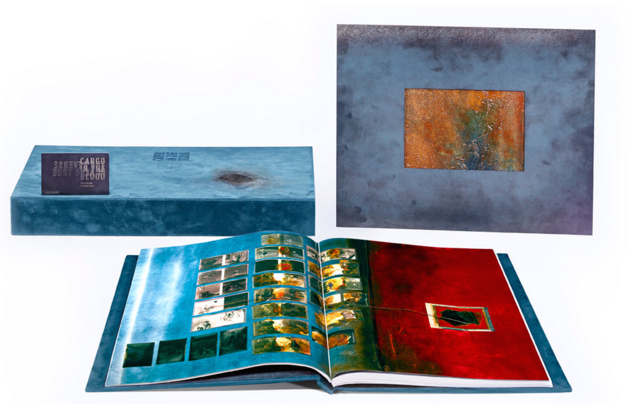 Nine Inch Nails has announced a new book release collaboration with artist Russell Mills. The book is titled Cargo in the Blood, and it’s a 320-page hardback book featuring Mills’ artwork for 2013’s Hesitation Marks. It’s limited to 2,000 copies and each of those copies comes with a framed, mixed-media painting composed by Mills. Link to the pre-order can be found here. Mills previously did work on the band’s 1994 album The Downward Spiral.

Mills released a statement about the project:

Our renewed collaboration on Hesitation Marks very quickly suggested massive potential for the strange and the familiar to collide and collude in works that I hoped would encapsulate, by allusion, suggestion, metaphor and association, the conceptual ideas imbued in the album as well as in the undertow of its sonic world.