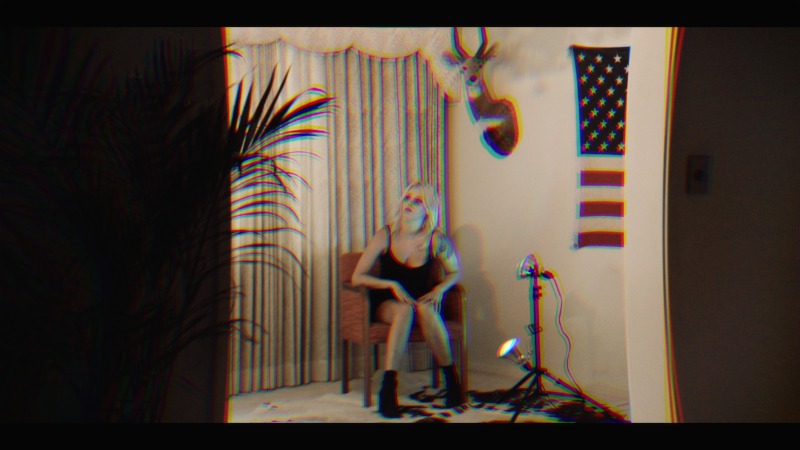 White Lung have released another new video from their Polaris Prize-nominated new album, Paradise, released earlier this year via Domino. Following the great videos for “Hungry” and “Below,” the clip for “Dead Weight” is a doozy. It begins with a warning to viewers with epilepsy, so that’s a good indication this one’s going to be an intense sensory experience. And indeed, it is. Directed by John Stavas and co-produced by Deap Vally’s Lindsey Troy, the clip is a fast-moving, head-banging, surreal clip that depict frontwoman Mish Barber-Way in quick-cut hyperspeed strobe-light motion. Even for those who aren’t prone to seizures, you might need to do some breathing exercises after watching it. Just some friendly advice.