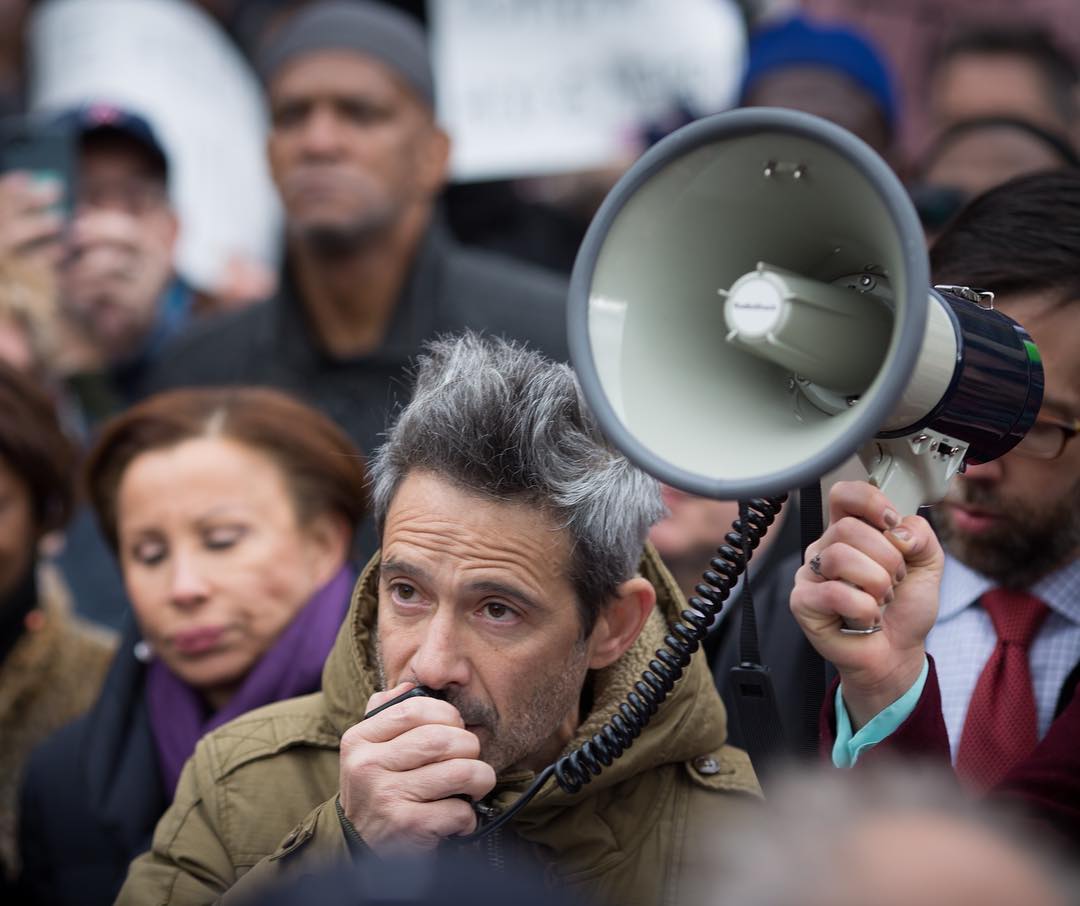 Today in Brooklyn, The Beastie Boys‘ Adam Horovitz, aka Ad-Rock, spoke at an anti-hate rally at Adam Yauch Park. The park was defaced with pro-Trump graffiti that included a swastika. Horovitz spoke through a megaphone, addressing the particular incident and the growing acts of hate that have been cropping up in the aftermath of Donald Trump’s presidential election victory earlier this month.

“I’m assuming that we’re all here today because we’re thinking the same thing—spray painting swastikas at a children’s playground is a messed up thing to do,” he says. “To many of us it has special meaning, as this park is named for Adam Yauch who was my friend and bandmate for over 30 years. He was also someone that taught nonviolence in his music, in his life to all of us.”

Watch his remarks below.

Read our recent roundtable, on what music is getting us through this season of prejudice and hate.