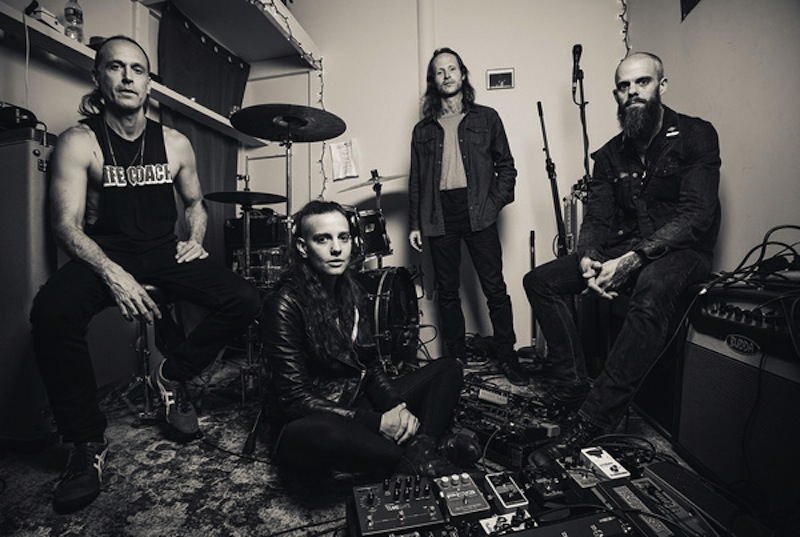 Baroness‘ longtime guitarist Pete Adams has announced that he’s leaving the band. Adams says in a statement that the decision comes as a result of wanting to spend less time on the road, focusing more on his home life and a non-music business that he’s started. Adams will also continue to play in his other band, Valkyrie.

“I honestly never thought I would be able to do what I have done with Baroness,” Adams says in a statement. “Playing alongside my oldest friends, playing music that isn’t simply readily accepted by the masses, and sharing the stage with some of the best musicians and bands from around the globe. That said, it’s time for me to focus my energy closer to home and not on the road.”

“I need to take a moment, on behalf of myself and Baroness, to recognize and sincerely thank one of my oldest friends and bandmates, Pete Adams, as he moves on from Baroness to pursue a new phase in his life,” adds frontman John Baizley in a statement. “I feel fortunate beyond words to have shared the stage with you for nearly 25 years, since we were barely teenagers. It would be impossible to articulate the value and impact of the personal history, friendship and musical bond we have enjoyed throughout our lives and within this band.”

The band has also just announced that Gina Gleason will be joining the band as their new second guitarist.

“She has worked tirelessly in recent weeks/months, not only learning the specifics of our material, but slowly beginning to carefully stake out her own personal territory within our sound,” says Baizley.” Throughout the lifespan of this band we’ve had the genuine pleasure of working with incredibly gifted artists/musicians, who recognize in Baroness the need each member has to contribute something of their own musical personality, rather than imitate one that’s been established, not simply to respect the individual contributions of past members, but to develop a genuine connection to our songs, old and new alike. Gina’s ability both to learn our music and to find her own voice within our songs has been inspiring to observe, and it helps once again to renew our belief in this band’s music, which we’ve come to rely on as a true wellspring of creativity and musical discovery.”

The band has lined up one hometown show in Philadelphia this week, as well as a month of shows in Europe. The band also says that they won’t have time to tour everywhere before the “urge to get back to writing our new record overtakes us.” So a follow-up to Purple may be in the works sooner than we think. The group has also been playing more songs from Red Album on tour of late, so here’s hoping they make their way around the states again for its 10th anniversary.