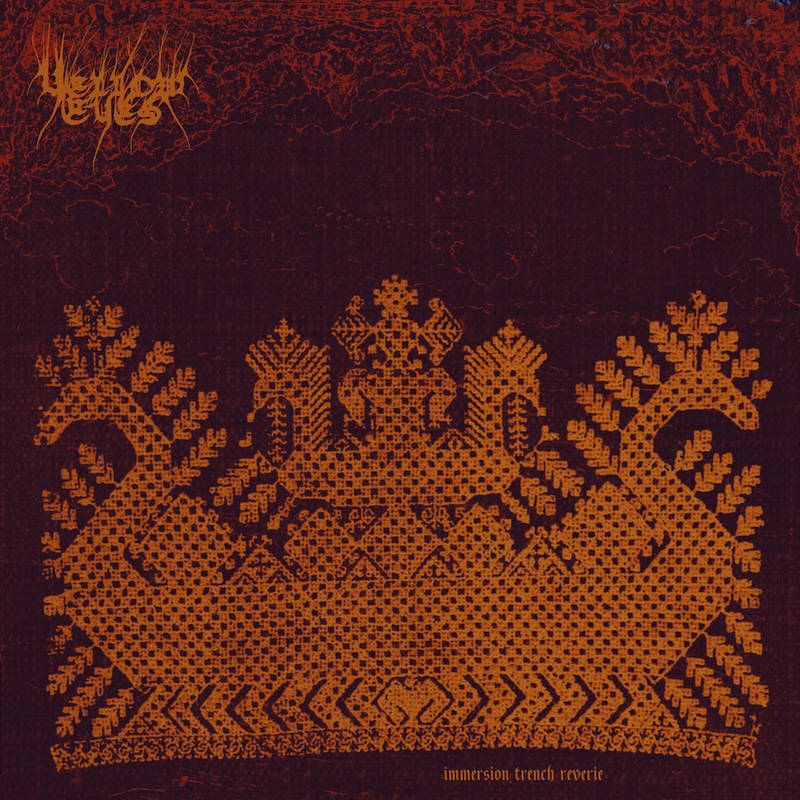 On a surface level, Yellow Eyes might seem like an easy band to lump into the same category as a plethora of other U.S.-based black metal bands. The scourge of dime-a-dozen “Cascadian” black metal bands has almost drowned the regular metal listener in forgettable riffs and Wolves in the Throne Room worship. Yet the ever-growing scene in Brooklyn is brimming with immensely talented individuals who simply have a better handle on black metal. Firmly situated in the middle of it all are the collective minds of Yellow Eyes. Their brilliance has been steadily growing since 2010 when brothers Will and Sam Skarstad founded the venerable project.

Distant bells signal the beginning of Immersion Trench Reverie—the band’s fourth full-length album. The Skarstad brothers traveled to Siberia prior to the creation of their newest effort—a frequent visit for them—and when they returned from their most recent trip and hunkered into their isolated cabin in Connecticut, they brought with them an extensive collection of field recordings they captured. They include the chimes of “Old Alpine Pang” and the wild dogs that close “Velvet on the Horns,” which play to Yellow Eyes’ biggest strengths in being able to fully envelop someone in their compositions. The soundscapes bring a significant imaginative quality to Yellow Eyes’ music and its employment in Immersion Trench Reverie marks the band’s greatest attempt at it.

Immersion Trench Reverie also represents a bit of a new approach for Yellow Eyes. Much of the radiant qualities of, say, Sick with Bloom still permeate the band’s new album, though their new music presents a greater sense of urgency. Will and Sam’s riffs are much more concise. “Shrillness in the Heated Grass” possesses the best example of the band’s new ideas. The 5:30 mark sees the duo rip through a succinct blast of tremolo picking through a few scales. It is comparatively simpler to past riffs, but it is easily among the most infectious string of notes in metal this year. Michael Rekevics and Alex DeMaria both return to the Yellow Eyes lineup as well. The drummer and bassist, respectively, contribute a thunderous low-end to compliment the Skarstads’ splitting guitar work.

While some of the individual riffs are more simplistic, the diversity and overall complexity of Yellow Eyes’ arrangements is ever-present. “Blue as Blue” is the album’s fiercest cut, having a flair for vintage European black metal. Immersion Trench Reverie’s sensational closing track, “Jubilat,” captures the art of long form black metal, combining sections of blackened fury and melodic reprieve over the course of nearly 11 minutes. The album’s strongest moment, however, is “Shrillness in the Heated Grass.” The eight-minute song is a darkly entrancing centerpiece that builds from a lingering melody only to erupt into a twisting mass of marathon drum patterns and quick, bursting guitar notes.

Records like Immersion Trench Reverie do an incredible service to the genre because it helps to refocus and raise the proverbial bar for black metal. The throes of insufferable “kvlt” bands and hastily-made DSBM can detract from quality works. For Yellow Eyes however, each new album has been a progressive step in an ascension toward black metal supremacy. Immersion Trench Reverie stands as their crown jewel—a shining declaration of blackened might and one of the most pivotal metal records of the year.