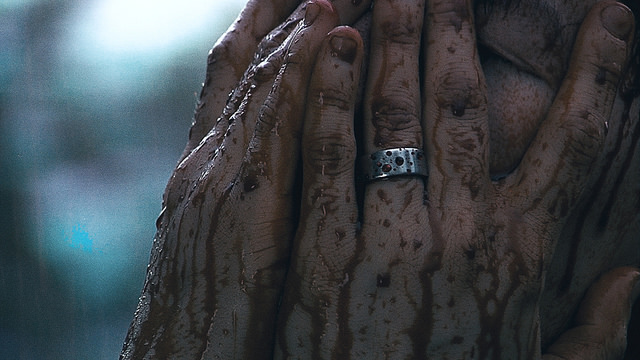 Zola Jesus has released another video from her new album, Okovi. Following the dark, ominous clip for “Exhumed” from earlier this year, Nika Roza Danilova has just shared the video for “Siphon,” which was directed by Zia Anger. The video is an intimate one, focusing on a closeup of Danilova’s face before slowly pulling away to reveal a slightly more unsettling detail. It appears to be raining blood, which is apparently an abstract representation of Danilova’s own experience of trying to reach a loved one who was suicidal. Take a look at the Zola Jesus “Siphon” video below, and take a look at her upcoming European tour dates.

Zola Jesus’ Okovi is one of our favorite albums of September 2017.