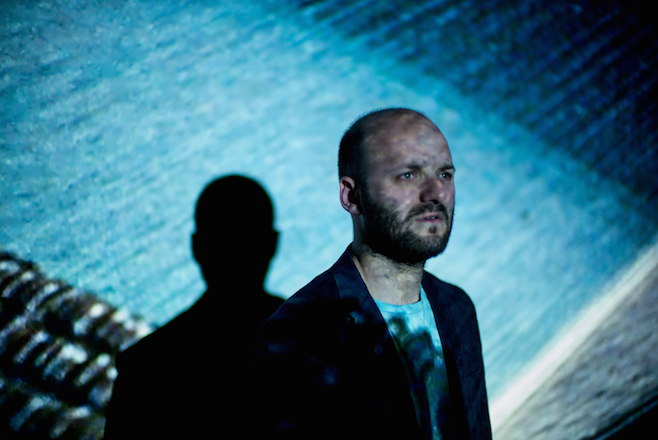 Since the 2011 release of his pair of EPs, Passed Me By and We Stay Together, Manchester producer Andy Stott has been one of the most fascinating figures in electronic music — primarily because of how dark and intense his sonic creations are. And with 2012’s full-length Luxury Problems, he essentially solidified his status as an artist with a singular vision, and a powerful leader in ambient dub music. Now, he’s set to close out 2014 with another new album.

On Nov. 18, Stott will release Faith In Strangers via Modern Love. The album is described in a press release as having “an array of instruments, field recordings, found sounds and vocal treatments” and is “a largely analogue variant of hi-tech production styles.” The album will feature contributions from collaborator and vocalist Alison Skidmore, whose voice was at the center of many songs on Luxury Problems, as well as Kim Holly Thorpe on euphonium. Not that we entirely have to take the word of  a press release on this. Stott has shared a new track from the album, titled “Violence,” which seems to suggest more dark and rhythmic directions ahead for Stott.

Listen to “Violence” below, and check out the album’s tracklist.