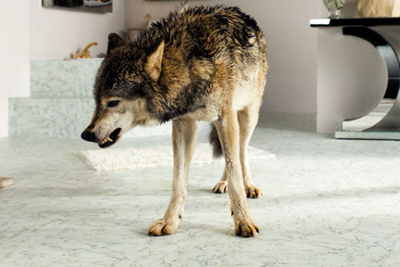 Ten months down, and only one more to go before it’s year-end list time around these parts. But before we get there, we’ve got another solid mix of some of our favorite tracks of the past few months. In this installment of the Album of the Week mix, we’ve got some psych-pop, some metal, some dubstep, and not one but two Sufjan Stevens tracks. So stream, watch, download and enjoy!

What We Said: Less than 30 seconds into “Ulvetid,” the leadoff track on the group’s self-titled debut, Kvelertak briefly break from a Refused-style melodic hardcore chug to summon an intense windstorm of black metal intensity.

What We Said: The stunning “Candy” reveals further depth to the group’s pop jones, layering male and female vocals, horns, strings and a build that swells toward a mighty, marching climax.

What We Said: Just when you have slipped back into quiet contemplation accompanied by the music, suddenly the music blows up and leaves no room for attention to anything but itself.

What We Said: Stevens’ songwriting, adorned by simple arrangements of guitar and banjo, is as strong as ever, as evident on the standout “Enchanting Ghost.”

School of Seven Bells – “Joviann”
from Disconnect From Desire

What We Said: “Joviann” sums up the album quite nicely: Curtis’ harmonic feedback wraps loosely around the Dehezas’ scraping percussion (with a high-hat loop that has to be lifted from “Trans-Europe Express”), all of which propel a gathering of cryptic platitudes and questions directed at the acquaintance named in the title.

What We Said: I’d give three-fourths of the oM catalog including all ninety-something covers just to hear “Sex Karma” one more time.

Blonde Redhead – “Not Getting There”
from Penny Sparkle

What We Said: Eerily reminiscent of new wave and current Swedish pop, “Not Getting There” is a moody dance song, perfect for the darkest of dance halls.

What We Said: First single “Heathen Child” proves one of the most inexplicably accessible tracks on the album. It throbs like Suicide beat poetry, an odd choice for a single, but one corker of a song regardless.

What We Said: “Rosemarie,” one of the album’s prettiest tracks, juxtaposes acoustic and electric guitars for the band’s equivalent of a power ballad, which is to say only a slightly softer take on their careening rockers.

No Age – “Chem Trails”
from Everything In Between

What We Said: “Chem Trails” is simply a perfect, shoegazer-inflected pop song, complete with a gorgeous bridge augmented by the sound of firecrackers.

What We Said: Nestled away at the very end of the album, this six-minute epic encapsulates all of Women’s best qualities, from their tuneful sensibilities to their knack for surprising even the most seasoned listener.

What We Said: Pundt’s “Desire Lines” is a jaw-dropping epic, driven by cascading riffs and an absolutely mesmerizing chorus.

What We Said: One of the album’s most exciting spots arrives on the heavier, more danceable “Mirrorage,” which pulses beneath varied chimes and Mesirow’s rhetorical refrain, “Can I trust in you?” It’s positively chill inducing.

Sufjan Stevens – “I Walked”
from The Age of Adz

What We Said: On the outstanding “I Walked,” Stevens appears to address a lover, confessing “I fear that the worst has arrived” and “I’ve got nothing left to love,” backed by a glorious choir of female voices.

What We Said: A particularly stunning example is “For Now,” a sexy, danceable standout that throbs and shimmies beneath a dark veneer, and even features a surprise guitar solo halfway through.

What We Said: Where once the track existed as a noisy, dissonant dirge, here it broadcasts with the booming force of The Cure’s “Plainsong,” custom made for big venues and open spaces.

What We Said: First single “Photojournalist” stands out as a glorious and towering pop gem, making more of woozy keyboard patches than MGMT ever could.

What We Said: Around every corner there are some kickass surprises, chief among them “Don’t Look Back,” an infectious standout packed with Built to Spill-style riffage and a gang-vocal recitation of the song’s title as it concludes.