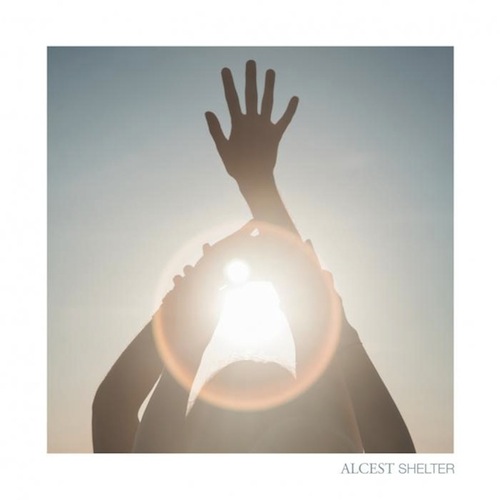 Let’s get the obvious out of the way first: Shelter, Alcest‘s fourth full-length record, isn’t a metal album. The French genre-melting band gave some early indication of this, without saying as much, by announcing that the record was being produced in Sigur Rós’ Sundlaugin studio in Iceland with that band’s producer Birgir Jón Birgisson. The plot thickened with news that the album would also feature Slowdive vocalist Neil Halstead, and string arrangements courtesy of Icelandic post-rock group Amiina. Lastly, and most importantly, there’s the fact that Shelter is a shoegaze album.

All of Alcest’s albums are shoegaze albums — its the metal element that tends to be the variable in the band’s approach. It played a prominent role on their debut EP, 2005’s Le Secret, but considerably less so on the prettier Souvenirs d’un Autre Monde from 2007. Niege and Winterhalter added more blast beats and vocal croaks on 2010’s Ecailles de la Lune, and found a more mellifluous blend between black metal and dream pop on 2012’s Les Voyages de L’Âme, but their trajectory suggested that the heavier elements seemed likely to be phased out. That bears out on Shelter, which is simultaneously their least metal album and their most accessible one.

Even with its moments of intensity softened, and its edges smoothed out, Shelter still sounds very much like an Alcest album. It’s dense and dreamy, and never anything less than gorgeous. That much has pretty much always been a key aspect of the French duo’s sound; here it’s just that much more explicit, as odd a choice of words can be used about something so pretty and, for that matter, downright pleasant. The surreal, glossy aesthetic of Cocteau Twins and Slowdive play a prominent role in first single “Opale,” with its hushed verses and triumphant, heady chorus. The album grows a touch more psychedelic on the excellent “La Nuit Marche Avec Moi,” whose blissfully layered guitars recall The Verve at their densest. And with “L’eveil Des Muses,” the group evokes a kind of late-night spacious quality, transitioning from a looking-glass dreamworld into a gaze up at the stars in the desert.

There’s another obvious aspect about Shelter worth addressing, and it’s that this album, recorded in Sigur Rós’ studio, sounds very often like that Icelandic post-rock band. A great number of the songs on Shelter feel perfectly natural alongside anything from Agaetis Byrjun, which makes perfect sense given the odd lyrical similarities between Niege and Jonsí Birgisson (one sings about a distant fantasy world, the other makes up his own language). If anything, Shelter is a much catchier album, if not quite as breathtaking in its scope. That being said, it’s an ambitious direction for a band that once held such close ties to the metal realm. For Alcest, giving in fully to beauty was a winning gambit — even if they showed their hand years ago.

Jesu – Why Are We Not Perfect