Horror cinema has done as much to influence death metal as Slayer or Celtic Frost, its over-the-top gore and violence forming the aesthetics of some of the genre’s most potent and pungent releases. Yet death metal pretty specifically thrives on horror at its most grotesque, from its beastly growls to its abrasive, ugly musicality and supernatural imagery—which ranges from the stomach-churningly gross (see: any Cannibal Corpse song title) to the transcendently absurd (Extremity releasing a concept album that takes place entirely within a coffin). More elusive are those who find synergy between the nightmarish psychedelia of horror at its most artful and forms of death metal that emphasize a similar kind of nuance and peculiar beauty, though they certainly exist, be it the space-opera riffs of Blood Incantation or the progressive rewiring of gothic death metal that Opeth began more than two decades ago.

Italy’s Bedsore have engineered a hybrid that’s still recognizably death metal, but one whose aesthetic world is more giallo than blockbuster butchery. There’s a grace and beauty inherent in their tremolo riffs and bestial bark. Each track on their 20 Buck Spin-released debut Hypnagogic Hallucinations—itself a fitting description of the stunning brand of psych-death they perform—feels as if it’s painted in vivid hues yet coming somewhat in and out of focus. The terror that exists within these death metal epics is palpable, but it’s also mysterious, the band’s breathtaking swirl of sound keeping that very threat from ever being fully understood.

It helps that the first sound on the album isn’t metal at all, but a prog-psych dirge that nods conspicuously to Italian horror-prog icons Goblin. “The Gate, Disclosure (Intro)” feels like a drug-addled amble through a haunted cathedral, spooky organ moaning beneath oddly John McLaughlin-like guitar licks and ominous throbs of synthesizer. It’s a lead-in for the second half and climax of an introductory two-part suite, “The Gate, Closure (Sarcoptes Obitus)”, which seamlessly bridges a creepy amble to a harrowing and utterly breathtaking art-death anthem. It’s immense and aggressive, but still heavily focused on melody, harmony and the complex instrumental movements within the arrangement. At 3:31 it’s the shortest song on the album, and yet it packs a lot of ideas into that time, a showpiece of sorts for the band’s capabilities within both delicate progressive spaces and ones that thrive on sheer power.

Should there be any misunderstanding about whether or not Bedsore rip, they do. Unequivocally, unambiguously, unapologetically. While gothic pipe organ saturates the atmosphere in a track like “Cauliflower Growth,” there are still plenty of sweaty, ugly-face air-guitar moments to go around. Chugging power chords, pinch harmonics, dramatic sustain—it’s all here, and it sounds sublime. Even the album’s most straightforwardly death metal moment, “Deathgazer,” is impeccable in its execution, just under four minutes of melodic exorcisms and violent churn. While there’s no rule about being able to nail a classic death metal sound before you ascend to higher planes of weirdness, it’s still comforting to know that when Bedsore make such an attempt, they pull it off magnificently. Just because they never stay too comfortable with one approach for long, they never go too far without offering a reminder that what they do is death metal at its core.

It’s precisely because Bedsore never stop moving, never stop evolving, that their particular approach to death metal is among the best on offer in 2020. In their longer tracks, like the eerily graceful occult dirge “At the Mountains of Madness” or the eight minutes of ghoulish gallop in “Brains on the Tarmac” (whose name is probably the grossest thing here), the Roman quartet give themselves enough space to run wild with their most intricately crafted sonic elements as well as their most giddily intense ones. Of course, “The Gate, Closure” proves that they don’t even really need that much time to explore their most ambitious ideas. Give them a longer length of tape, however, and see what kind of sorcery unfolds. 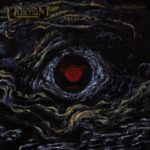 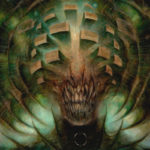 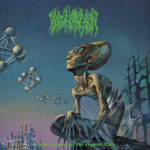