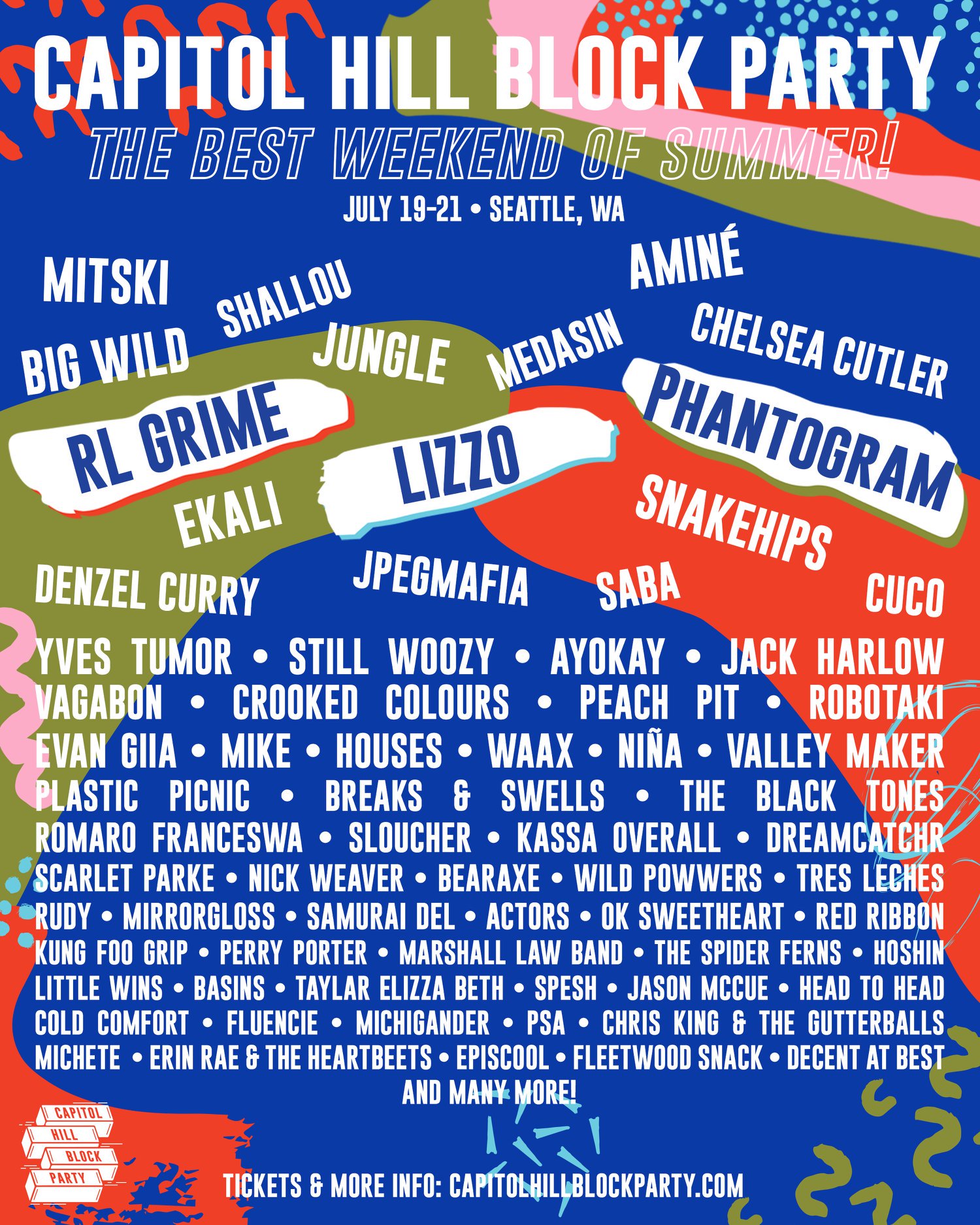 The Capitol Hill Block Party returns to Seattle on July 19-21, and the full lineup has been revealed. The festival is being headlined by RL Grime, Lizzo and Phantogram. Also on the lineup are Aminé, Mitski, Denzel Curry, Saba, Cuco, Big Wild, Jungle, JPEGMAFIA, Yves Tumor, Vagabon, Crooked Colours, MIKE, Snakehips, Still Woozy, Ayokay, Jack Harlow, Shallou, Medasin, Nick Weaver, Bearaxe, Actors, The Spider Ferns, Wild Powwers, Dreamcatcher and apparently a band called Fleetwood Snack, which we plan on looking up immediately after seeing this lineup. That’s just a selection of the many artists playing the festival, however, and all of the announced artists can be seen here.

Many of these artists, including Saba, JPEGMAFIA, Yves Tumor and Mitski—who released our Album of the Year—are featured on our list of the Top 50 Albums of 2018.