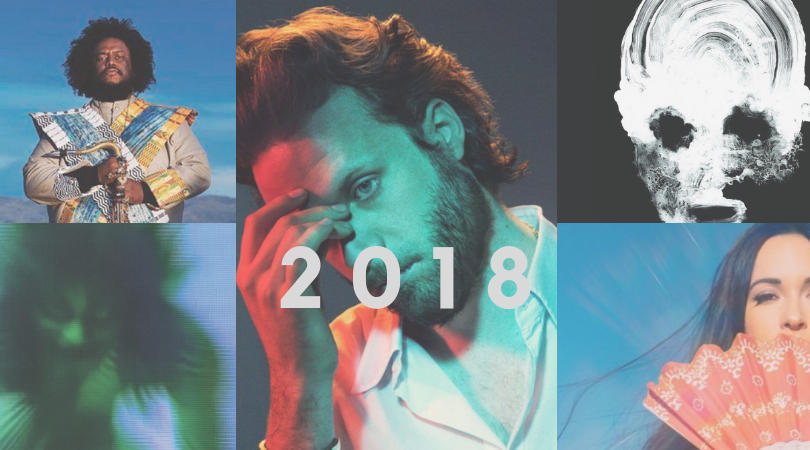 This is the part where we’re supposed to talk about the overwhelming trends and themes that were prevalent in the music of 2018. About how this was a year in music about something. About how if we read the tea leaves of this batch of 50 albums, we’ll see into the future of music.

But…we’re not going to do that. Partially because we don’t really think it means anything, and partially because the narrative of music in 2018 is chaos. And that’s actually kind of exciting. There are still critical darlings and commercial favorites, there are still celebrities and underdogs. But ultimately, what 2018 was about was a lot of different artists pushing themselves to do something great in spite of both a shrinking industry and a world in perpetual turmoil. Who knows if any of that will get better, but there was so much music worth celebrating this year that we probably only scratched the surface. We don’t know what it means, but here’s our Top 50 Albums of 2018. 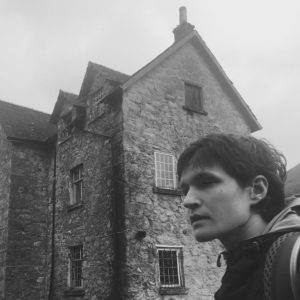 How did we get here? Adrianne Lenker, lead vocalist / guitarist for Big Thief, brings that very question to mind on her solo debut, abysskiss; Lenker’s pensive folk ramblings export the folklore fetishism of Big Thief’s most hushed moments, while her crowded guitar arrangements unfold and blossom into miniature segues into another universe, one that’s dark, cloudy, and frigid. Lenker is that bizarre, out-of-place artist whose music never quite fits a proper definition—too hypnotic to be folk, too distant to be American primitive. abysskiss is its own wild universe, a neglected and far too eerie parable that grows more removed with each listen. – Timothy Michalik 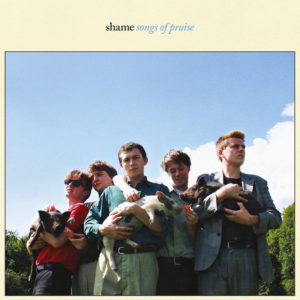 Shame’s members are all still quite young, so naturally they’ve encountered their share of “Get off my lawn” complaints from cynical listeners of older generations. You’d think avocado toast and putting off becoming homeowners were central to their sound considering the cynicism aimed at them. But seeing the band live and, y’know, actually listening to the 10 outstanding tracks on the UK band’s debut Songs of Praise cures that. Onstage they’re all flash and bluster, vocalist Charlie Steen often ending up shirtless and hanging onto chandeliers. But on record they’re creating post-punk with the kind of immediacy, catharsis and depth that times like these demand. They’re young, and goddamnit, they’re great. – Jeff Terich 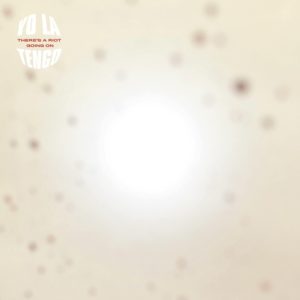 Yo La Tengo’s umpteenth album is 2018’s comfort listen. There’s a Riot Going On is familiar and inviting, soft around the edges and warm inside, offering just about everything you could ever want from the unwavering indie rock veterans. It may just be the most sonically comprehensive Yo La Tengo album yet—hazy hooks (“You Are Here”), soaring indie-gaze (“For You Too”), a token Bossa Nova cut (“Esportes Casual”), you name it. With Yo La Tengo rapidly approaching their 35th trip around the sun, Ira Kaplan, Georgia Hubley and James McNew continue to reach a new level of musical camaraderie on There’s a Riot Going On. – Patrick Pilch 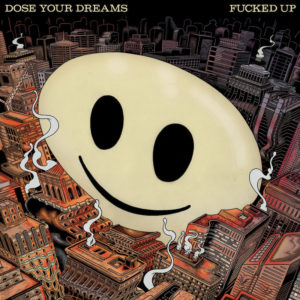 47. Fucked Up
Dose Your Dreams

The making of Dose Your Dreams apparently saw a schism form within the ranks of Fucked Up. Interviews with the band have indicated that the tension was between vocalist Damian Abraham—the band’s more traditional punk element—and Mike Haliechuk, the primary songwriter who has long been focused on stretching the band’s musical boundaries. The result is a sprawling album that features the band’s widest range of influences to date, with disco, Krautrock, shoegaze, and dream pop all taking the reins throughout the LP’s 82-minute running time, and with Abraham sitting long stretches of the album out, letting vocalists like J. Mascis and drummer Jonah Falco lead the band for a while. But instead of feeling fragmented, Dose Your Dreams miraculously holds together, with a scope even larger than its spiritual predecessor, 2011’s David Comes to Life. It’s the most ambitious record yet by a band that’s been marked by unyielding ambition—even if it came close to tearing them apart. – Sam Prickett 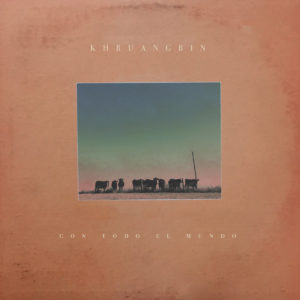 Texas trio Khruangbin’s second album Con Todo El Mundo is essentially chicken soup for dat ass. For real tho. By using elements of Thai-funk, surf music, and psychedelia, they’ve wrangled control of your booty. And for good reason. Sometimes when certain political situations—that’s what we’re calling it today—turn your dog-tired soul into the consistency of a slushy, you need feel-good booty frequencies that automatically bypasses any thinking process. 2018 has been one haunted house of a year and dammit sometimes you want—NEED—the audio version of home cookin’. No high-minded audio experiments, no blitzkrieg of textures or layers. Bump that noise. Gimme those breakbeat goosebumps, a side of Isley Brothers triggers, and the simplicity of a power trio that is unfuckwithable. Guitarist Mark Speer, bassist Laura Lee and drummer Donald “DJ” Johnson balance elements of ZZ Top (the grit and bump ’70s version), The Meters, and the music by Iranian singer Googoosh and her hard-driving rhythm section, all in one seamless blend of groove. Khruangbin is giving the planet life right now. – John-Paul Shiver 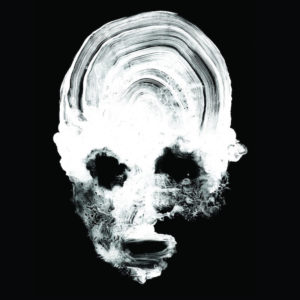 45. Daughters
You Won’t Get What You Want

Something weird happens on “Satan in the Wait,” the third song and first single from Daughters’ first album in eight years, You Won’t Get What You Want. With little warning or suggestion, the track becomes unexpectedly mellifluous, Nick Sadler’s guitars taking on a much prettier quality than the high-pitched abrasive riff squeals that defined the band’s early material. This is a stunning new era for the Rhode Island noise rock group, one that marks an experimental sensibility and penchant for artful exploration of which previous albums only scratched the surface. Yet the age in which Daughters have re-emerged is also a lot uglier. The menace of the crumbling world outside is reflected in songs like “Long Road, No Turns” or “The Reason They Hate Me,” aggressive yet immediate anthems for an impending, possibly inevitable apocalypse. When Alexis Marshall barks, “The world is opening up!” during that same, curiously pretty chorus on “Satan,” he seems to almost beckon the lightning, flames and tribulations. These are the real hell songs. – Jeff Terich 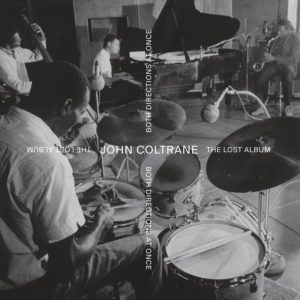 44. John Coltrane
Both Directions At Once: The Lost Album

Given how nightmarish everyday existence has felt for the past few years (more so than usual anyway), it seems like the universe owes us a solid or two. A lost album of previously unreleased and unheard John Coltrane recordings? Not a bad start! Both Directions At Once, put to tape in 1963, is a piece of jazz history that yields a lot more than what the surface might imply. And considering the surface implies a high-energy, impassioned set of music from some of the greatest to ever do it, that’s implying quite a bit. This is Coltrane and his ensemble caught between the standards and hard-bop improvisations of his early ’60s material and the spiritual awakening of his later recordings, including A Love Supreme. The sessions here are at times effortlessly cool, sometimes frantic, and everything is preserved here—engineer talk and all. It’s a fascinating relic, certainly, but more than that it’s Coltrane caught in the middle of a crucial transition. The title says that he’s headed in two directions, but we know exactly where he’s going. – Jeff Terich 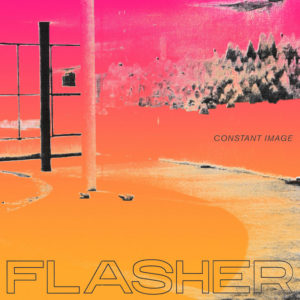 Our list of the best albums of the year isn’t overwhelmed by debuts, but rather heavy on breakthroughs, returns and stunning next steps from artists whose recognition is overdue. Not the case with Flasher, a Washington, D.C. band whose debut full-length Constant Image represented a bright spot for the future of indie rock. A playful, jittery post-punk album with both Dischord and TeenBeat running through its veins, Constant Image questions everything: power, authority, control, introspection and human connection, and the conclusions are rarely neat, no matter how clever and witty they make them sound, often in stunning, harmonic fashion. It’s a short album that leaves a big impression—the kind of debut that often feels like a dance party but ends by asking the void, “What’s the worst thing you’ve ever done?” – Jeff Terich 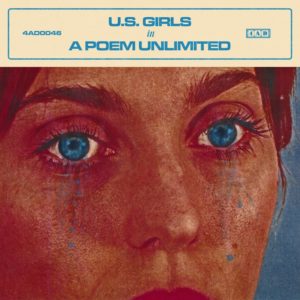 Meghan Remy’s latest work under the U.S. Girls moniker is her most accessible and pertinent yet. In the wake of the #MeToo movement, the corrupt agendas of predominantly white men have been thrown into the limelight, increasing social awareness on a global scale. Remy’s art pop protest music has touched on these topics over the past decade, and are fully realized in tandem with 2018’s political and social climate. In a Poem Unlimited effortlessly leaps and bounds in musical style and subject matter, tackling consumerism on “Poem,” hitting a G-funk groove on “Rosebud” and expressing intense disappointment in US politics on the ABBA-recalling “M.A.H.” – Patrick Pilch 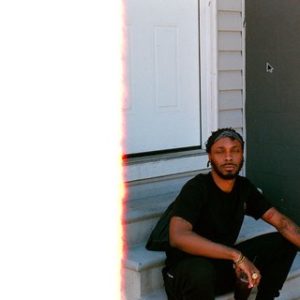 Jpegmafia is coming for everybody’s necks. One minute he’s satirizing the alt-right, but he just as quickly makes a biting remark about white liberals. You might call him a troll, but that label is reductive. There is reason to Barrington Hendricks’ diverse insanity. Over experimental and faux-pop-rap beats, Peggy filters the hellscape of the internet into a compelling 47-minute listen. Everything from that Twitter account that called me a dumbass lib to trap rappers who prefer “bitches who look like Drake;” Hendricks embodies the many personalities we are forced to come into contact with online. If this sounds awful, Hendricks has gotten his message across. But Veteran is also extremely funny, and often bangs hard. Veteran is like the internet: sometimes painful and always weird, but you can’t seem to break away from it. – Ben Cohn