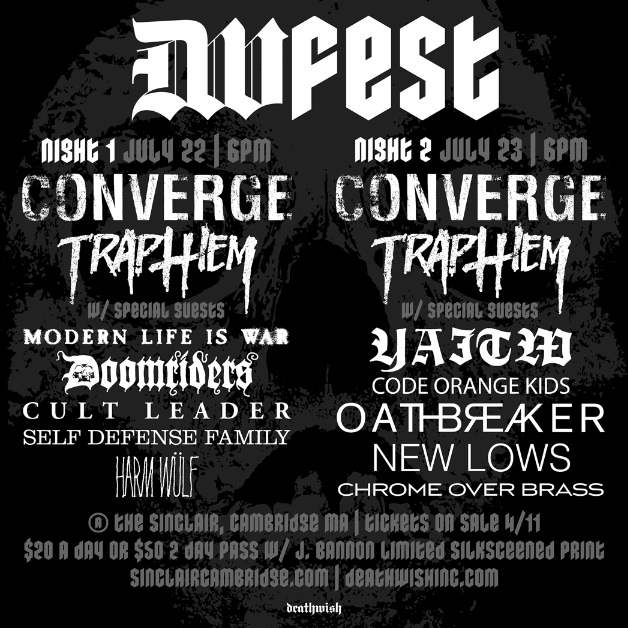 Deathwish Inc., home to a wide range of forward-thinking metal and hardcore bands — and founded by Jacob Bannon of Converge — is launching its first ever music festival. Deathwish Fest will take place July 22 and 23 in Cambridge, Mass., at The Sinclair. The event will feature two nights headlined by Converge and Trap Them, as well as a host of other Deathwish-affiliated bands, including Oathbreaker, Modern Life Is War, Doomriders and Code Orange Kids. Check out the full lineup of both nights below.