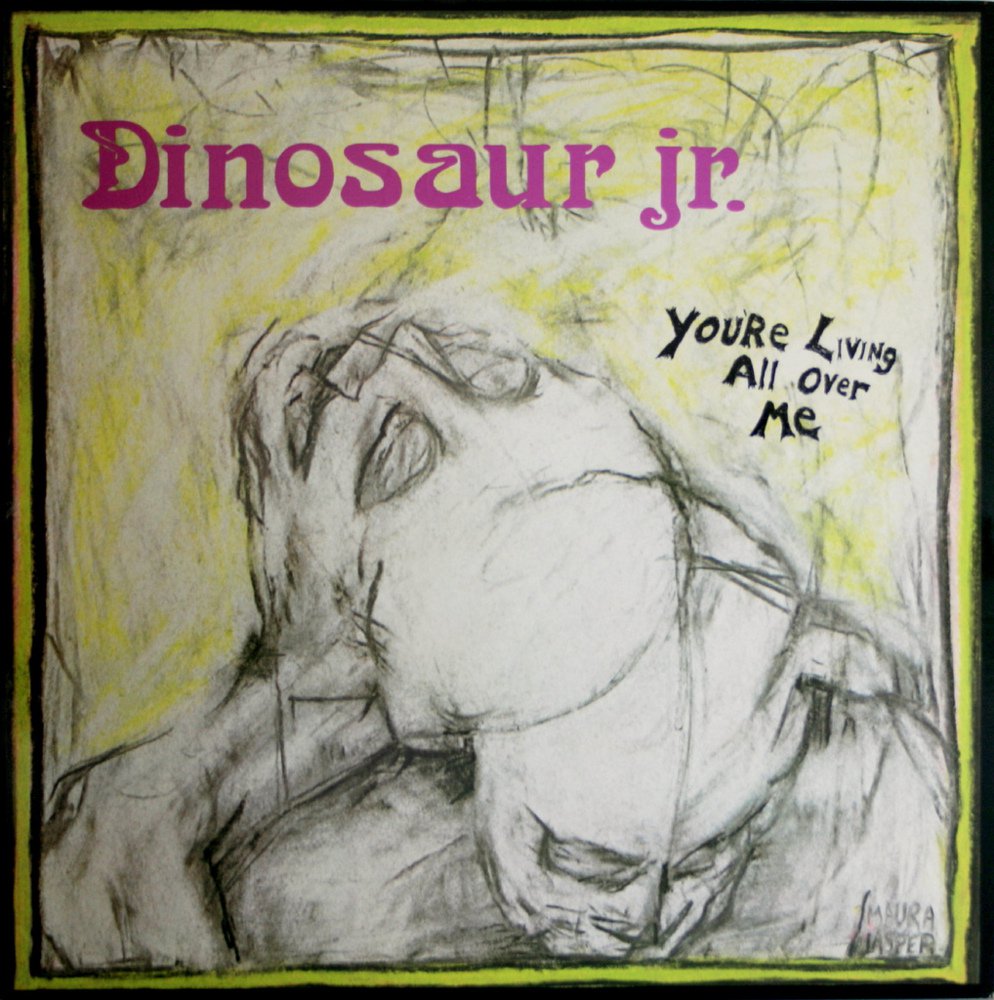 Monster guitar player, songwriter and notoriously bad interview subject, J Mascis had a legitimate claim for being Rock God of the American Underground as far back as 1987. Mascis, along with his bandmates in Dinosaur Jr., helped shape the Boston indie rock sound of the late ’80s and early ’90s, as well as that of indie rock as we know it today. Chronicled in Michael Azzerad’s Our Band Could Be Your Life, the group underwent a spectacular flameout after a promising rise—only to live a second life as a band of vets with every ounce of strength they once had as a young trio in Boston in the ’80s. But it’s hard to hear You’re Living All Over Me and not think they’re one of the best bands America’s ever produced.

Often considered the finest entry of the Dinosaur canon, You’re Living All Over Me is a guitar album for the punk rockers, equally steeped equally in Neil Young and Husker Dü. Mascis’ style is noisy and freewheeling, and onstage they’re capable of causing permanent hearing damage. At the time it was released, there were few albums that dared blur the line between classic rock guitar heroics and the energy and aesthetic of punk rock. D. Boon of the Minutemen once said that Dinosaur Jr. sounded like the East Coast Meat Puppets, to which Mascis replied that that was his intent all along.

Released on SST—which in the ’80s also housed contemporaries like Black Flag and Husker Dü—You’re Living All Over Me opened up a brave new frontier in American indie rock, essentially all of its songs being standouts. Opener “Little Fury Things” predicts shoegaze by a year or so, while “Kracked” is a furious punk rocker driven by a twitchy, tense riff that’s gone almost as quickly as it arrives. “SludgeFeast” is exactly what the title promises, a murky, distorted swamp of frenzied soloing, while “Raisans” is melodic and catchy, showcasing the band’s penchant for mellifluous hooks.

Equally crucial to Dinosaur Jr.’s sound as Mascis’ guitar acrobatics, though not credited  as often, is Lou Barlow’s taut bass performances, laying a solid groundwork for J’s stringed flights of fancy. Nowhere is it more apparent than on “In a Jar,” in which Barlow’s performance almost upstages that of Mascis. He’s not a showy performer—there’s no bass solo to speak of—but the mixing gives his bass more prominence amid the gossamer washes of major chords. Likewise, Barlow kicked off a long career of self-recording with “Poledo,” a rare, hushed four-track-recorded moment in the spotlight in a sea of wailing guitar. It almost sounds out of place on the album, but it breaks up the noisy chaos for five minutes, just before the final track — a scream-addled cover of The Cure’s “Just Like Heaven.” Faithful but, nonetheless, Mascis-ized, the song is among the best on the album.

J. Mascis’ place as one of the greatest guitar players in indie rock history is solidified in part because of albums like You’re Living All Over Me—a showcase for joyous and noisy performances free of polish or gloss. These aren’t perfect performances—that wasn’t the point. But You’re Living All Over Me marked the moment where the D.I.Y. punk movement, once and for all, got the chance to swing the Hammer of the Gods.

Built to Spill – There’s Nothing Wrong With Love