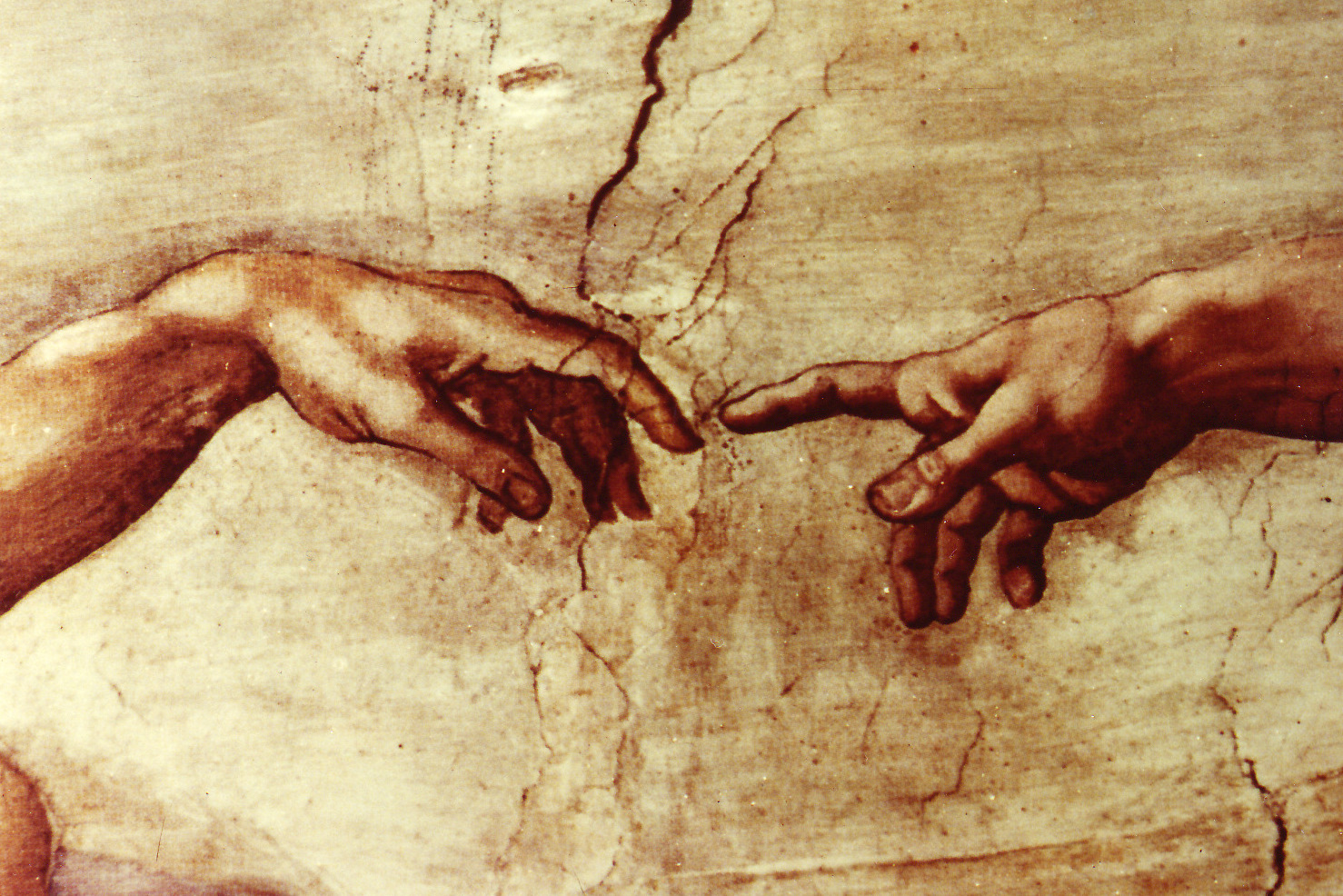 [Proverbs/Revelations] One of the last great singles from Prince and his second big band is also one of The Purple One’s most arcane, deeply metaphorical compositions. The number could reference the members of Warner Bros. Records’ board of directors, seemingly coming between him and his material happiness. (This was around the time Prince first labeled himself a “slave,” just before his unpronounceable-symbol name change.) It also could reference the seven deadly sins first suggested in Proverbs 6:16–19, barriers to spiritual wholeness. But many fans find the song’s strongest connections to the Apocalypse described in the book of Revelations. Not only does the number show up 55 times throughout the book, but from early signs (an angel with a key, 9:1) through visions of destruction (a river of blood, 14:20) and rebirth (a new city with streets of gold, 21:14 and 18) it serves as Prince’s symbolic template for redemption… we think. – Adam Blyweiss

[Proverbs 13:17, Samuel] The cryptic poet that is Bob Dylan seemed to have been on a Bible binge when writing John Wesley Harding. “All Along the Watchtower” is the most popular song from the album with biblical references, but “The Wicked Messenger” is another key song with mysterious nods to the Great Book, rooted in Proverbs. “There was a wicked messenger/ from Eli he did come” appears to be a reference to Eli the priest, who received several messages while training Samuel, all of which were not in his favor. Eli was first told his sons fancied women and treated sacrifices “of the Lord with contempt” (1 Samuel 2:17-22). Then Eli was told the message from the Lord to Samuel, “I am about to punish his house forever, for the inequity he knew, for his sons were blaspheming God, and he did not restrain them” (3:14). The final message heard by Eli was “there has been a great defeat among the people. Your two sons are dead, and the ark of God was captured” (4:17) before he fell out of his chair and died. Dylan concludes “The Wicked Messenger” with something Eli probably wishes he could have lived by, “If you cannot bring good news, then don’t bring any.”- Dan Pritchett

[Ecclesiastes] An obvious play on Ecclesiastes, “Ecclusiastics” is one of several Charles Mingus tracks from the early ’60s that injects a heavy dose of Gospel into his uproraorious jazz and experimental big band sounds. Mingus shouts “Oh yeah!” and “Oh Jesus!” like a Southern preacher, and all you need is the faith of his intense performance to believe. – Jeff Terich

[Ecclesiastes 3:1-8] Except for its titular refrain and final verse, Pete Seeger’s composition “Turn! Turn! Turn!” quotes King James’ Bible word for word. However, the song’s somber tone and some small lyrical amendments transform these verses from a reminder of mortality to a song of peace; protesting acts of war and violence. Seeger was a folk singer and activist first, and a recording artist second, so it was a while before he ever put the song to press. But even without promotion the warming tune gained popularity in the form of cover versions, with The Byrds’ 1965 single gaining so much traction that many people still believe the band wrote the song. Still, during his lifetime Seeger recorded several outstanding versions of the song (live and studio alike) and we think his versions best preserve the warm reflections from which the song originated. – A.T. Bossenger

[Ezekiel 37:1-14] Through the Mastodon canon you’ll find many an allusion — the entirety of 2004’s Leviathan was basically based on Melville’s Moby Dick, for instance. And at first glance, “Dry Bone Valley” carries a similar theme to most of the songs on that album — running from danger, man vs. nature, survival etc. But the Valley of Dry Bones comes from a vision by the prophet Ezekiel in the Old Testament, wherein he sees the bones of the dead brought back to life. And through this thunderous, albeit catchy alt-metal track, Troy Sanders echoes the vision in its final verse: “Out of this lifeless, impotent hell/ Over these mountains to the seas of life/ Leaves me to stand up for the sick and damned.” – Jeff Terich

[Matthew 2:16-18] While entirely instrumental, “Like Herod” stays true to its namesake by invoking that biblical figure’s wrath. Things start off smoothly enough, with a hypnotic groove keeping order — but something’s not quite right: some of the notes are inflected differently and there some subtle buzzes buried deep within the background. Much like Herod the Great’s plot to kill baby Jesus with the infamous “Massacre of the Innocents,” the song unleashes its full fury of wails and cymbal crashes several times throughout the song. It’s an angry, irrational outburst that pulls no punches — sort of Like Herod himself. – Dakota Foss 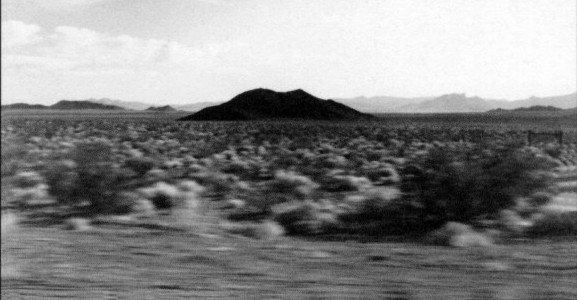 [Matthew 7:1-3] “Judge not lest ye be judged,” comes from Matthew 7:1-3, and is as Michael Stipe sings, a beautiful thing to say. The waltzing and wonderful “New Test Leper,” one the strongest cuts on the underrated New Adventures in Hi Fi, is about a guest of a Jerry Springer-style talk show who gets taunted by the studio audience for his unpopular views. It sort of makes you want to play the song for people you know who participate in the comments sections on internet sites. – Stephen Chupaska

Franz Ferdinand – “The Fallen”
from You Could Have It So Much Better (2005; Domino)

[Matthew 14] The Bible begins and ends with cautionary tales of the fall of mankind. After Adam and Eve ate the forbidden fruit they were expelled from the Garden of Eden when the Lord said, “For you are dust, and to dust you shall return” (Genesis 3:19). In the Bible’s final book of Revelation there’s the mighty fall of Babylon, the symbol of mankind in rebellion of God. Peppered with references to New Testament miracles, the chorus in “The Fallen” highlights Jesus feeding five thousand people with two fish and five loaves of bread (Matthew 14). “Did I see you in a limousine/ Flinging out the fish and the unleavened/ Turn the rich into wine.” “The Fallen” is lyrically puzzling with its modern take of how Jesus probably wouldn’t flaunt his power while hanging out the sunroof of his limo, flinging out fish like Mardi Gras beads. Instead of turning water into wine, the song mentions turning the rich into wine, which could be an allegorical way of saying that Jesus would still rather help the poor than give to the rich. “The Fallen” wraps up with Alex Kapranos singing “the fallen are the virtuous among us,” but come judgment day, “we’re all damned.” – Dan Pritchett

[Matthew 27:33] Golgotha, translated, means “The place of the skull,” which is pretty fucking metal. I mean, if you’re going to throw an awesome outdoor show and make it evil as all get-out, why not the place of the skull, right? But there’s more to it than that — Golgotha was the site outside of Jerusalem’s walls where Jesus was crucified. However, Baroness’ psychedelic metal masterpiece, “A Horse Called Golgotha” is a bit more cryptic in its actual meaning, but John Baizley’s lyrics almost seem to signify Civil War imagery: “The stained horizon/ Ablaze with revolvers/ Stampedes and bridles.” And in a way, it’s an interesting meta-commentary on the Bible itself; just as scholars have pored over Bible verses for centuries, we too look deep within song lyrics to find greater meaning. Killer riffs, though. – Jeff Terich

[Luke 2:7] The rare song that can serve as both a barroom sing-along, or as a text to be studied in a college course, The Band’s immortal “The Weight” has layers of meaning inspired by the likes of Luis Buñuel, friends of The Band, and of course, The Bible. Mirroring the story of Jesus and Mary in the Gospel of Luke, the narrator rolls into Nazareth “feelin’ bout half-past dead,” and strikes out on finding a bed. In the process he runs into characters named Luke, Miss Moses and The Devil. Supposedly the Nazareth in question is the Pennsylvania town… but there’s more to it than that, the deeper you dig. – Jeff Terich

[Luke 2:14 and various references to the New Testament] It’s really no surprise that prolific proto-punk legend Patti Smith opened her debut record with a bit of good ol’ fashioned sacrilege. Opening with the oft repeated line “Jesus died for somebody’s sins/ but not mine” and a bit of spoken-word improvisation, the track explodes into an abrasive cover of Them (with Van Morrison)’s mid-’60s single “Gloria,” with quite a few artistic and lyrical liberties taken. The religious (or rather, anti-religious) references mixed throughout — as well as the title borrowed from a Catholic hymn about the birth of Jesus Christ — transformed the cover into a brilliant reflection on Smith’s conflicted relationship with the Catholic church. And it rocks, too, kids. Hard. – A.T. Bossenger