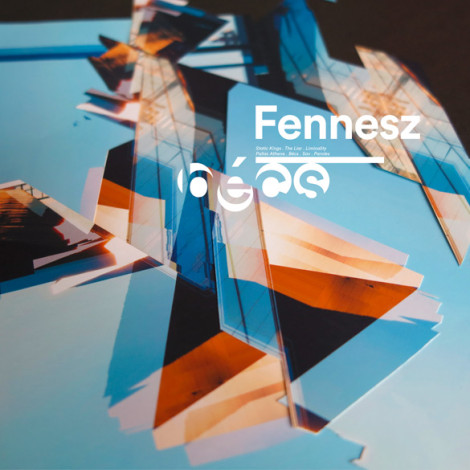 Just about every article you’ll read about Fennesz’s Bécs will mention Endless Summer — the Vienna producer’s landmark 2001 fusion of electronic and acoustic sounds. If you’ve heard it — and chances are if you’re reading this, then you have — then it likely left a significant impact, whether you were an early adopter or a latecomer after many years of being slowly built up into a legend. It holds a unique place in the electronic music sphere; for starters, much of it is built around sounds of acoustic guitar, manipulated and drenched in static until they become something different altogether. It’s a beautiful album, and accessible without adhering to traditional pop song structures as we know them. And as unlikely it might be for an album of its ilk, it sounds — however melancholy — like summer.

Bécs, which arrives 13 years after the release of Christian Fennesz’s most celebrated work, immediately draws some interesting parallels to that album. The intermingling of acoustic and electric guitar sounds with synthesized effects still remains at the heart of Fennesz’s work — as it has throughout his career. And here, that combination creates something at once familiar and magical, in such a way that tonally hints at something very specifically familiar. There’s a summery, aqueous feel to a good portion of the music on the album; the opening mixture of electronic effects and drum fills of “Static Kings” sounds almost as if the listener is being treated to a plunge into the ocean. Even the artwork and color palette of Bécs’ cover recalls Endless Summer’s original sleeve.

The other — and most important — characteristic that Bécs shares with Endless Summer is that it’s absolutely beautiful. All of his works are, including his darker and wintry Black Sea, but there’s a bittersweet brightness to Bécs that offers a certain kind of warmth that eludes some ambient material. It’s not always so explicitly formed; the distorted industrial buzz of “The Liar,” for instance, doesn’t necessarily embrace the gentle beauty that “Pallas Athene” does. But the heart of the album emanates a comforting glow, even when it grows abrasive or obscured by effects.

What’s always been unique about Fennesz’s music is how emotional it feels, whether subtly or in more dramatic displays, like this album’s 10-minute standout, “Liminality.” Sounding something like ambient shoegaze, the track builds up from gentle guitar riffs and gradually becomes a noisier, albeit more powerful force of melody, layering on a more complex emotional field with each new element. It sounds like the score for a heartbreaking and beautiful film where the protagonists are faced with having to share their last kiss goodbye. Summer doesn’t last forever, but Bécs captures its sad and beautiful final moments.