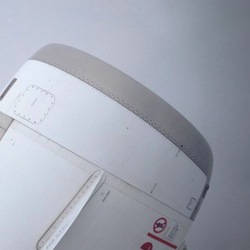 In the mid-‘90s, from the time that post-hardcore became a more highly visible phenomenon to The Jesus Lizard’s inevitable, if still poorly fit major label signing, Girls Against Boys seemed to march to a drummer (and two bass players) whose rhythm hadn’t lured too many of their peers. To be fair, until the great post-Nirvana major-label signing orgy, most of the bands bubbling up within the Washington, D.C., Chicago, New York City, and to a lesser extent Olympia, Louisville and San Diego undergrounds were pretty resistant to fitting under one tent. How the Beefheart-ian funk-punk of Trenchmouth made sense alongside the high-end shriek of Shellac is anyone’s guess, but while Girls Against Boys didn’t occupy either extreme, they were, and still are, one of a kind.

Two basses, one guitar and drums — Girls Against Boys comprised three-quarters rhythm section, and that commitment to low-end marked them as a compelling oddity in their time. Because of their loin-tingling grooves and their fascination with lounge culture, press frequently pegged them as “sexy,” which wasn’t wrong, but certainly oversimplified their unconventional juxtaposition of power and melody, darkness and kitsch, abrasion and smoothness. This allure, however, pushed them close to the mainstream after a half-decade of excellent punk records, though the transition worked out about as well as it did for most other bands of their ilk at that time. An eventual signing with Geffen in 1998 yielded the curiously industrial-dance leaning Freak*on*ica, which started a slowing in momentum that came to a complete stop shortly after 2002’s You Can’t Fight What You Can’t See.

For Girls Against Boys to release The Ghost List, their first set of new music in 11 years, is surprising, if for no other reason than that it didn’t follow a major festival appearance or nostalgic cash-in. That it’s their best release since 1996’s House of GVSB is even more incredible. On the surface, it would almost appear that the group’s period of dabbling in electronica in the late ’90s never actually happened. The EP is five tracks of hard-driving, mid-tempo post-hardcore rockers — bold, beefy and boasting hooks all around. With the straightforward groove and soaring chorus of “What About That,” the band has more or less opened a door back to 1994, the year of their best album, Cruise Yourself, complete with Scott McCloud chanting odd slogans like “It’s a diamond life.” The biggest surprise, however, is its freshness — their scuzzy raunch has managed to age well simply by not sounding as if it has aged at all.

Farther down the tracklist, the group spreads out a bit more, getting comfortable with their newly tightened dynamic without getting too attached to what’s familiar. What’s familiar certainly sounds great, like the one-note bass throb of “60 is Greater Than 15,” but it’s more exciting to hear the group explode into a manic punk rocker like “Fade Out,” which borrows its bassline from Suicide’s “Ghost Rider.” For a band like Girls Against Boys, however, one of the least conventional things you can do is play a four-chord rock song, which is exactly what they do on “Let’s Get Killed,” a song that bears greater similarity to The National than Fugazi, even if lines like “Let’s get killed tonight” sound like vintage McCloud. It’s with the ominously rumbling closer “Kick” that the band sounds strongest, and for that matter, the most contemporary. Not that their style was ever given much of an opportunity to grow stale — the benefit of marching to one’s own drummer is not having to worry about anyone else ruining the beat. Eleven years down the line, its groove is as hard as ever.

Girls Against Boys closed a taut, tense trilogy with ‘House of GVSB’