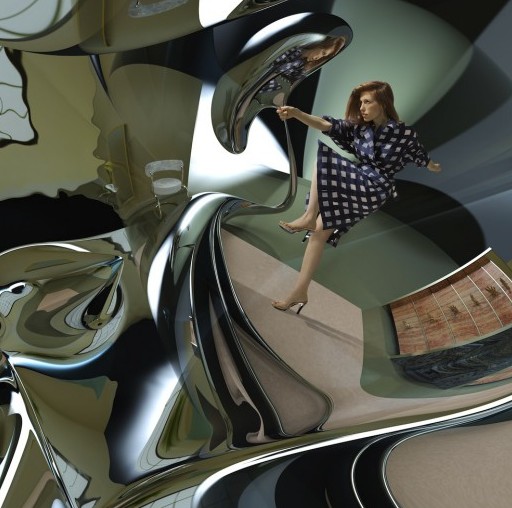 Cameron Mesirow, aka Glasser, recently released a new track titled “Shape,” which was to be on her upcoming new album, which at the time didn’t have a name. Now, it turns out, the album is called Interiors, and it will be released Oct. 8 via True Panther. Glasser’s follow-up to 2010’s Ring is also a conceptually based work, much like its predecessor. Per a press release, “This tension between the interior and the exterior sets the tone for Interiors. In architect Rem Koolhaas’ book Delirious New York, which Glasser credits as an inspiration, the author suggests that New York’s massive, stoic-faced buildings are monuments rife with secrets. Interiors is Glasser’s attempt to exorcise and address some of those metropolitan secrets.”

Based on what we heard at FYF Fest, it sounds pretty good, too!