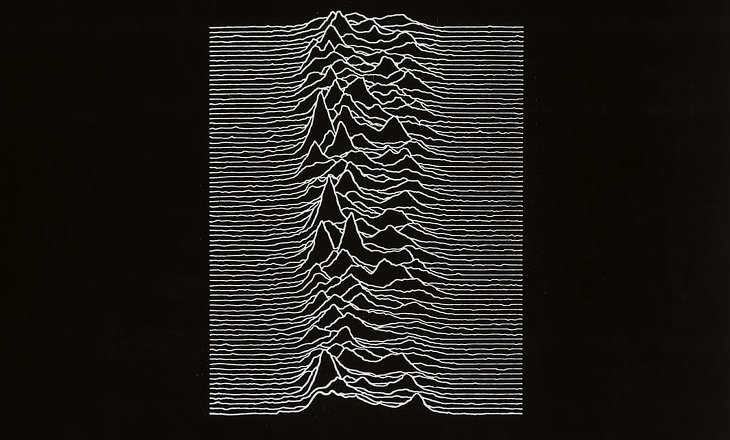 Some albums have a history that makes them seem untouchable. Perhaps their sound or message is uniquely intertwined with the era in which they were recorded. Maybe a literal or figurative death in a band served as an exclamation point on a gallant effort, pushing the work toward legendary status. Other records earn their place in history through sheer innovation and quality. A genre-defying sound; a unique combination of musical talent; well-crafted, captivating songwriting. Unknown Pleasures is in the laudable position of fitting all of these criteria.

When I first heard Joy Division’s 1979 debut, it was after a long period of listening — almost exclusively — to what I considered “punk music.” In my youth, I sported studded denim jackets, dirty hair, my fair share of ripped up All-Stars and muddy combat boots, and had acquired a taste for a variety of styles — especially hardcore, post-hardcore, oi and ’77. After that I took to both proto- and post-punk, admiring the likes of Patti Smith and Iggy Pop while taking appreciation in Talking Heads and Gang of Four. But, somehow, I skipped straight over Joy Division, leaving them behind as I sailed forward to a variety of other genres on my slow path to musical ‘enlightenment.’

This misfortune extended until Summer of 2008, when I visited home after my first year of college. During the previous semester, I had tackled a rhetorical analysis of Never Mind the Bollocks, Here’s the Sex Pistols and — put simply — it had rekindled my obsession with the album. I had always loved the way Glen Matlock’s Beatle-like ear for songwriting clashed and danced with Johnny “Rotten” Lydon’s chaotic style and cunning wordplay, and my recent deep (over)reading of the record led to repeat listens on the long drive from Kentucky to Texas that year.

This would probably be a better story if I had been savvy enough back then to do some simple research (read: Wikipedia) and discover how Bernard Sumner and Peter Hook had started Joy Division after being inspired by a Sex Pistols show. It would be nice to say that I discovered that the band’s innovative sound was achieved when they were encouraged to slow down the spunky tempo of bands like the Pistols, but keep the same dark, ferocious energy that had attracted them to the band in the first place. But that’s not what happened. Hearing Unknown Pleasures for the first time was a complete accident; somebody happened to leave a burnt copy of the album in my car’s CD player. 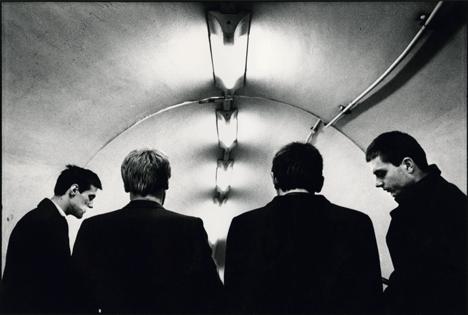 But, for obvious reasons, my weeks-long meditation over Never Mind the Bollocks had completely prepared me to digest Unknown Pleasures. And digest, I did; over and over again. I won’t bore you here with the short-yet-complex history of the band; how they made a pact to discontinue the band if any member left without realizing exactly how Ian Curtis would be leaving; how almost haphazard decisions caused the band to be one of the first groups to break through on an independent label; how a combination of depression, guilt, and epileptic fits caused Curtis to commit suicide on the eve of the band’s first American tour. I won’t go into those details here; for that you have the aforementioned Wikipedia and at least two biopics, to my knowledge.

What I will tell you is that, listening to Unknown Pleasures, I could feel that history and that emotion throughout the record. I could sense it in Curtis’ quivering baritone; a voice that, at age 22, sounded like that of an older, bitter man. I could feel it in his poetry as well — the dark, romantic imagery that Curtis’ words painted. The man had a talent for crafting phrases so vague — yet so powerful — that each listen dives into a different aspect of the narrative and, 35 years later, the words still haven’t dulled.

When you take Curtis’ unique vocal talents and mix in the unprecedented instrumentals found on this record, it’s hard to imagine how you couldn’t have a winner, even if the production hadn’t been so fitting. Hook’s melodic bass followed perfectly in Glen Matlock’s footsteps; tuneful, melodic lines holding down the fort for the band’s more chaotic elements. But, unlike Matlock, Hook often floated high up on the neck, creating a bouncy platform for Sumner’s noisy guitar. Filling in the space left by Sumner, Stephen Morris opened up a whole new world for rock drummers — with Hook staying so solid on the rhythm, Morris’ drumming was able to take on its own character in each song, serving more as a melodic instrument than a 4/4 beat machine. By slowing down the speed of punk rock, each member was able to make contributions that were intricate and moving without losing the fierce intensity that had inspired them in the first place. In fact, with Curtis on top of these dark compositions, the effect was more menacing and dark than a band like the Sex Pistols could have ever hoped to be.

Rarely has there ever been a debut with an energy and approach as perfect as Joy Division’s on Unknown Pleasures. The dark pop sounds of “Disorder,” “Insight,” “Shadowplay,” “Interzone” and “Wilderness” foreshadowed the future that three quarters of the band would have as New Order; moving, danceable grooves that carried a tangible weight of gloom throughout. The looming aggression on “Day of the Lords” and “New Dawn Fades.” The churning rise and fall of “Candidate.” The unforgettably gloomy chant of “She’s Lost Control.” And closer “I Remember Nothing,” whose slow-burn approach would become a staple on post-punk records that followed after Joy Division’s demise.

These ten tracks — a relatively short endeavor — create a record whose history and impact are so daunting that it’s impossible to avoid the energy that the album contains, even on a first listen. That energy isn’t a joyful energy; but it’s not a completely sad one either. It’s dark, but in the most human way; dark in the way that only honesty can be. Joy Division didn’t have long to share their collective talent with the world, but Unknown Pleasures was one hell of a way to do it.