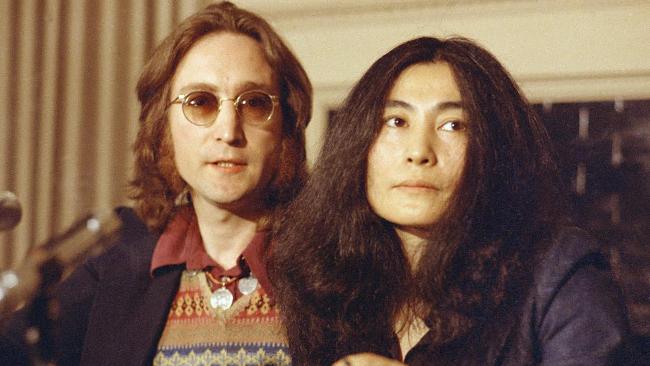 Just last week, 12 Treble writers took on the task of assessing the entire Beatles catalog — an assignment that’s both incredibly difficult to rate without any kind of biases going into it, and extremely fun to have given a shot anyway. Because pretty much everything we cover here on Treble can be traced back to The Beatles in some way. I know that’s a cliche thing to say — maybe even a little rockist — but screw it. I’m not about to apologize for telling people something they know very well is true.

Once The Beatles broke up, however, each individual member carved out his own unique niche: Paul McCartney with Wings, John Lennon with Plastic Ono Band, and George Harrison and Ringo Starr with their own solo records. And they each released anywhere between one and a half dozen great records from then on, All Things Must Pass and Plastic Ono Band being the best of the bunch. But they also each had their own descent into mediocrity at some point or another. Lennon mostly avoided this setback, releasing six good-to-great solo efforts in the aftermath of the Beatles’ breakup. He also released two extremely difficult, borderline unlistenable records with Yoko Ono while the Beatles were still together: Unfinished Music No. 1 and Unfinished Music No. 2.

For anyone who loved John Lennon’s music with The Beatles, these two records were likely confusing at best, and a complete and utter “Fuck You” at worst. They’re noisy, mostly non-musical, and on No. 1, also known as Two Virgins, featured John and Yoko naked on the cover. This probably didn’t square well with a lot of fans, parents or record stores (which is why it was packaged in a paper bag in the United States), but here it is, if you’ve never seen it. 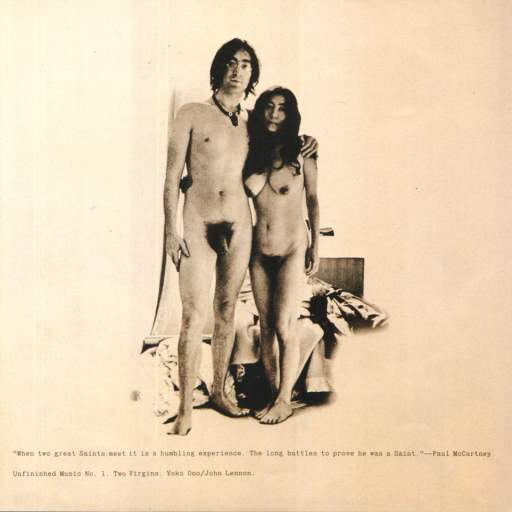 The best way to describe Two Virgins is that it’s basically 30 minutes of random sounds. The more erudite among us would call it musique concréte. In more understandable terms, it’s noise. There are certainly some musical elements here — piano and organ, mostly. But in between there’s a lot of other weird sounds, including dialogue captured between John and Yoko, ragtime record samples and radio broadcasts. There’s also some really jarring, off-putting stuff, most of which involves Yoko engaging in some unbelievably shrill shrieks and bird squawk sounds, which are pretty hard on the ears. Now, I can’t help but feel that Ono often gets a bad rap. She’s not actually responsible for breaking up The Beatles — which has always been a convenient excuse for something that, basically, became inevitable. Beyond that, she’s much easier to understand as a performance artist than as a pop musician. And that’s basically what this is: performance art. But performance art isn’t always something you want to listen to, and given how obnoxious Ono is on this recording, I can see why some people just can’t stand her. At the very least, Two Virgins makes parodies of Ono even funnier.

There’s not really any point in going much further into detail about Two Virgins, because it’s not really about songs. It’s just two sides of weird shit happening, very little of which makes any sense. I mean, that’s basically performance art in a nutshell, right? I’m not sure that John or Yoko had any illusions about this being a commercially viable recording — they were just making art. And yet, it’s hard not to hear elements of this in other, more essential music. There’s “Revolution #9” from The White Album, as an obvious reference point. And it’s very easy to hear the connection between this album and the work of industrial artists like Nurse With Wound or Throbbing Gristle. And now that I’m thinking about it, I wonder if this played some influence on Tim Hecker’s Virgins, an album that has a similarly terrifying vibe (and title), but is actually beautifully composed rather than engineered to be totally baffling and annoying.

As popular music, Two Virgins is of course a total failure. I don’t know why anyone would really enjoy listening to two pretentious artists dick around with studio equipment and record their own shrill yelps. But then again, there is a lot on this record that is definitely interesting, and moments that are revelatory — if accidentally so. I can’t give this an F in the same way that I can’t give Metal Machine Music an F. But it’s also not getting any higher than a D. Two Virgins is a fiasco.