There’s something oddly fascinating about the solo projects of percussionists. Old humor habits around drummers die hard, but from Dave Grohl to Wally De Backer, there’s slew of success and great material coming from rhythm sections the world over. It’s always tempting to view any and all of this through the rhythmic lens, an underlying assumption that at their heart these musicians must favor beats above all else—why else would they be drummers after all. But in many cases the opposite is true, solo experimentation proving a chance to excavate the range of music not usually explored.

This is certainly the case for Big Thief drummer James Krivchenia, his work outside that more famous of projects delving into a range of areas not dominated by his usual instrument of choice. His electronic solo work in particular has seen him map out a unique “interlocking of process and ideas,” as he puts it, previous record No Comment utilizing body camera footage audio drawn from gun skirmishes from wars around the world. Here, with new record A New Found Relaxation, he constructs fractured compositions created from hundreds of fragments of relaxation music, from spa radio to ASMR Youtube channels.

From this starting point, there’s more than a slight satirical bent to the album’s title. While at surface level it could certainly allude to a relaxation found in the process of creation or even in the way these fragments may have originally presented themselves, there’s no question it’s by and large a thinly veiled jab at the constant frenetic intrusions on our attention to any kind of ongoing stillness we might experience in everyday life. It’s something Krivchenia makes no bones about, “I wanted to make something that contained the seeds and quality of ‘relaxation’ but was fast paced and hard to fully sink into”, he says in a statement about the album, “…like these little glimpses of peace piled on top of each other, like the world as I experience it much of the time.”

This sensation is at the core of the music presented here. There are some beautifully relaxing elements here, but Krivchenia subverts expectations, determined to disrupt any continuation of conventional enjoyment. Moments of gorgeous tranquility are dangled in tantalizing reach, before being snatched away again to be replaced with flurried snippets of samples, glitches and interruptions. The results are frustrating and disruptive, but with an intent that is weirdly captivating.

Even the album length seems to play into this idea, clocking in at a brief 28 minutes. As though intentionally not allowing for any extended period of time to be dedicated to an immersive experience. The tracks follow suit, bite sized snippets of two or three minutes and consisting of hyperactive and splintered arrays of ideas. “Touched by an Angel” initially appears the most traditional ambient soundscape, consisting of gorgeously evolving synth drones and washes, but routinely interrupted by glitches and sudden extended moments of sampled nature sounds. A similar idea unfolds—or perhaps disintegrates is a better term—in “The Eternal Spectator,” as soft calming drones slowly descend into a dirge of abrasive feedback. Other tracks such as opener “Temptation Reduced” are even less at ease, frenetically leaping from one manipulated idea to the next with no semblance of segue or theme.

It’s emblematic of the record’s central idea, that relaxation and calm are there for us to find, but the manner in which we experience it has perhaps changed forever. Modern life is the constant pull of our attention, always disruptive and the way we seek peace will forever be influenced by that framework. In that sense, A New Found Relaxation isn’t an easy listen, but there’s something to be said for the experience it offers and, oddly, offers up an unexpected solace. 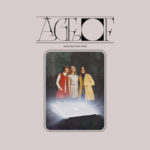 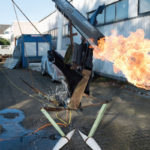 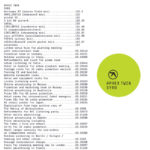