One of the core tenets of poptimism in 2020 is also its most under-appreciated: “Stop paying attention to genres.”

It’s not that we should eschew genre as a concept or guiding light. If you want to make an album that is devoted to one specific style, then by all means do so. But when artists, critics, and music fans talk about blurring and breaking down the barriers between genres, they’re choosing to take advantage of having access to the entirety of human musical expression. People can now proclaim, “I listen to all kinds of music,” and be entirely truthful about it—and without being mocked as not having clearly defined tastes and preferences.

To be clear, I used to be a genre purist. This ran the gamut from the punk, emo, and hardcore of my teens and twenties through when I fell in love with the sort of music created and released by Kode 9 and his cohorts at Hyperdub Records. I was one of those dorks who could explain to you in nuanced detail why the alleged “dubstep” of Skrillex and Deadmaus wasn’t the same as the “real” dubstep created by Burial, Wiley, and The Bug. “There are differences between these artists that matter, and I must tell you about them so you can really appreciate what’s happening!”

But a funny thing happened when I actively widened the breadth and depth of the music that entered my ears. I cast aside my rabid desire to catalogue every microscopic detail of what I listened to and embraced simply enjoying music. By welcoming more music —especially the stuff that was far outside the artificial comfort zones I’d created—I was able to appreciate more of it. This approach also gave me a larger and richer vocabulary by which I could talk and write about music.

All The Time, the third album by Jessy Lanza, is a microcosm of this entire shift. The version of me that fell in love with Burial’s Untrue in 2007 would have openly scoffed at the delicious hybrid of electro and R&B Lanza creates. I had no use for someone who combined the breathy soprano vocals of Janet Jackson and Aaliyah with the synth-powered electro-pop of Robyn and Eurythmics. I would have first told her to pick one style and stick with it, and then I would have ignored her music because it didn’t meet my self-imposed “authenticity” threshold. Then again, that version of me was an asshole.

Because of how I’ve expanded my musical horizons in 2020 and left genre in my rearview mirror, I can express my love of this 10-song album with a variety of rapturous verbiage. It merges bright-eyed dance-pop with the sharp snares and hi-hats of a vintage 808 to delirious effect, but without ever succumbing to cliché. Instead, Lanza uses her gorgeous pipes to give voice to lament, loneliness, and missed chances. She resists wallowing in misery, preferring to express her anger and frustrations with the same sort of clear-eyed resolve expressed by HAIM throughout 2020’s Women in Music, Pt III. By resisting the urge to load up on four-on-the-floor bangers, Lanza invites the listener to pause for reflection, to ruminate in a restless and uncomfortable space. Yes, you can dance to these songs, but it’s not always easy to do so, as the rhythms, pitches, and synths are frequently bent into unfamiliar waveforms. Just when you get used to one pace, the bass starts to burble, which quickly sets your gut to gurgling, and then you’re totally thrown off your groove. It’s utterly discombobulating, but then again – maybe that’s exactly the point.

All the Time pursues juxtaposition and disorientation as a matter of purpose, even while Lanza pays homage to her roots yet taking care not to obey the rules too closely. Tracks like “Lick in Heaven,” “Ice Creamy” and “Over and Over” specifically subvert the tropes of dreamy and love-lorn R&B with sharp rhythms and pitch-bent synth pads. On the flip side, “Face” and the title track turn ‘70s disco, ‘80s pop, and ‘00s electro inside out with stark sincerity, inverted bass runs, and funky syncopation.

Ultimately, All the Time reveals Jessy Lanza as a masterful artist whose abilities have grown exponentially over the course of her career. It’s contemplative without being icy, fun and bouncy without sugar or sparkle. More importantly, it holds your attention by never relying upon a strict interpretation of the formulas employed by the traditional styles of music she obviously loves. Lanza reveals that genre is only important if you know what to do with it, if you have something to say. If you’re merely painting by numbers because “it’s always been done this way,” then you’re just sacrificing your own voice. Like any proactive postmodern poptimist, she’s moved beyond mere deconstruction to intentional creation by first understanding how the old ways worked so she could them break them apart and build anew. 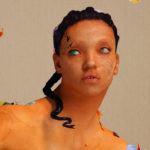 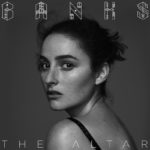 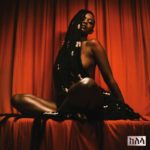