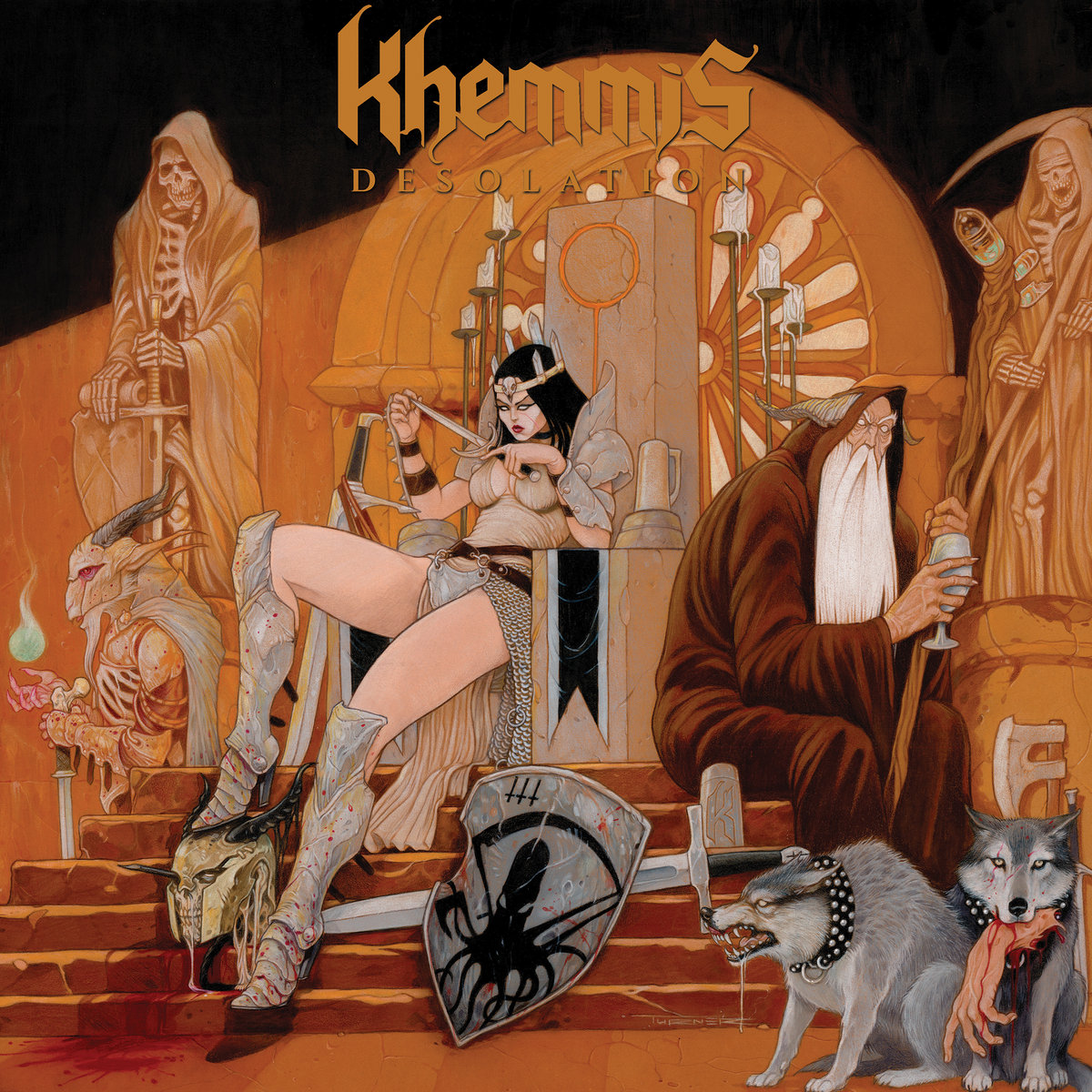 Colorado doom metal outfit Khemmis have just announced the details of their third album. On June 22, the band will release Desolation via 20 Buck Spin/Nuclear Blast. That’s the album’s artwork above, designed by Sam Turner. To coincide with the announcement, the band has released a new video for the first single, “Isolation,” which is a heroic, chugging heavy metal anthem. It’s super badass, and the clip, directed by Italo Ganni, mixes horror tropes, performance shots and a gothic atmosphere. Take a look at it below, and check out the tracklist.