The annual Moogfest electronic music festival is scheduled for April 23-27 in Asheville, North Carolina. And this year’s festivities promise to be pretty spectacular. Topping the Moogfest 2014 lineup is Kraftwerk, who are giving three separate 3-D performances. Also on the top of the bill are disco legends Giorgio Moroder and Chic, Laurie Anderson, psychedelic weirdo Dan Deacon, noisemongers Wolf Eyes and many, many more. Check out the full lineup on the poster below.

The festival is featuring showcases curated by the likes of notable electronic labels Warp, DFA, RVNG Intl., Ghostly International and more. Plus Laurie Anderson and Giorgio Moroder will give talks at the fest as part of its daytime scheduling.

Read full details about the lineup, schedule, programming and tickets here. Tickets for the week start at $299. 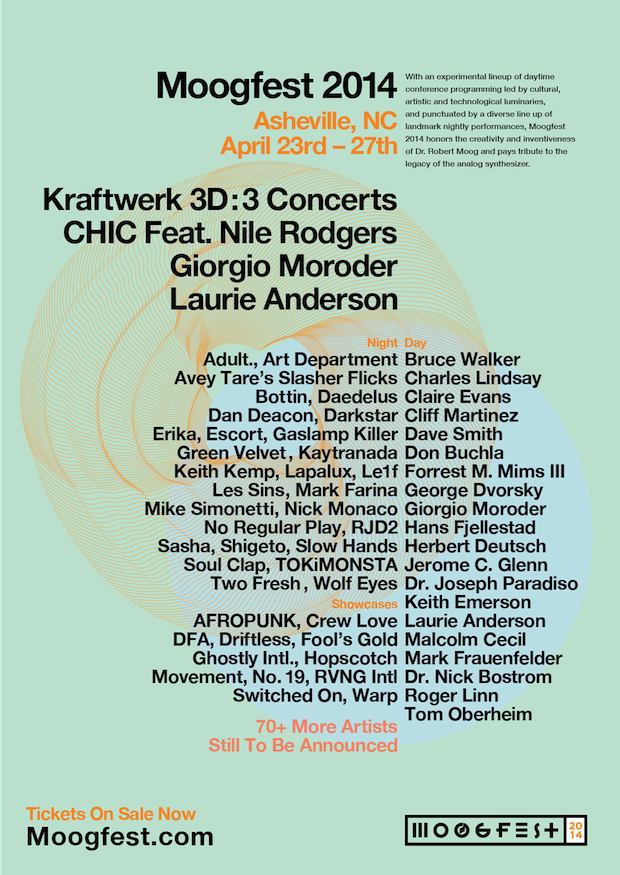