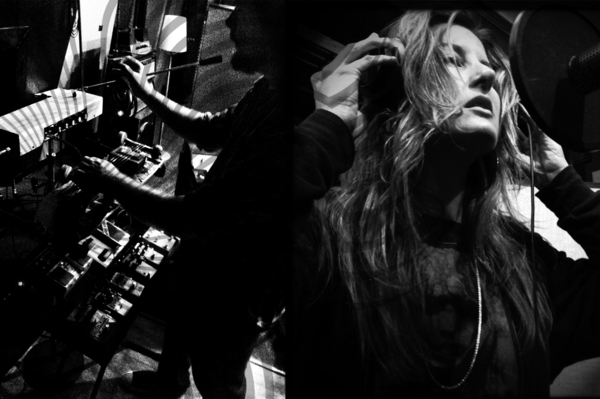 The early buzz on Ultraviolet, Kylesa’s upcoming follow-up to 2010’s Spiral Shadow, is that it’s a much darker album than its predecessor, and delves into issues of “themes of loss.” That chilly darkness is immediately apparent in “Unspoken,” the first track to be released from the album. There’s a gothic mist in its introduction, shimmering with gorgeous dreamlike effects that reveal the band pushing even further into the post-punk territory that they’ve been hinting at since 2009’s Static Tensions.

But the Savannah group is still rooted in heavy metal, and “Unspoken” is as heavy as the band has ever been, but far less crusty or impenetrable. Melody is front and center, even when the ultra-low-tuned crunch kicks in beneath Laura Pleasants’ detached chants of “My own heart has failed me.” Kylesa’s always been a band that could do amazing things when allowing themselves room to play with hooks and texture, and “Unspoken” reinforces that more than ever.

[found on Ultraviolet, Season of Mist; out May 28]