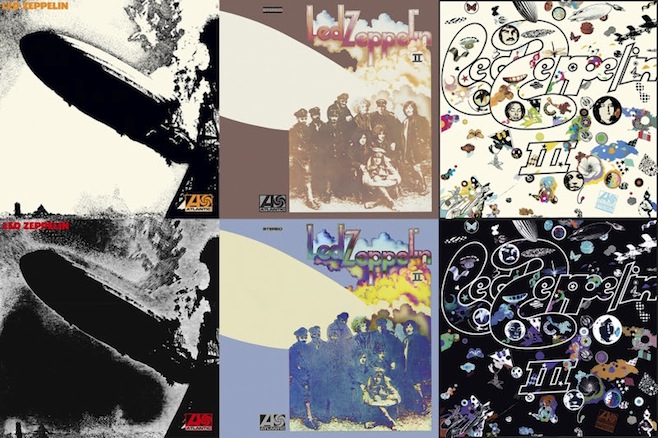 Back in January, Jimmy Page’s website announced that the first phase of a series of Led Zeppelin deluxe reissues would be released in 2014. And now, the details of those reissues have been revealed. Deluxe versions of Led Zeppelin, II and III will be released on June 3 via Swan Song/Atlantic, with previously  unreleased material including live recordings, rough mixes, backing tracks, alternate versions and new songs.

The reissues will be available on CD and LP, as well as digitally, as well as in a Super Deluxe Boxed Set format, which will feature both discs on CD and vinyl, as well as a download card of all audio, and a 70-plus page hardcover book with rare photos, and a print of the original LP cover. This is the beginning of a more extensive campaign to reissue every Led Zeppelin studio album, all of which were remastered by Page himself.